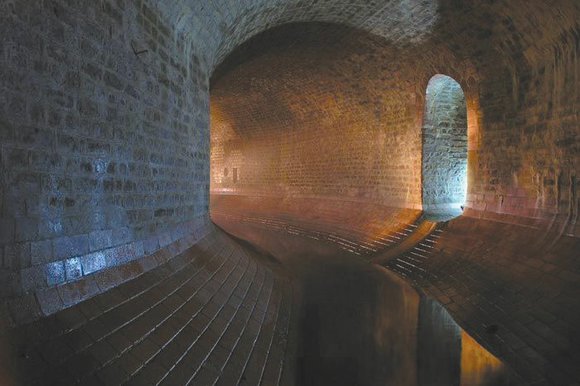 At Angels Stadium, Disneyland, Knott’s Berry Farm and the Honda Center, visitors who wish to quench their thirst (for free) may likely be drinking recycled sewage water.

Orange County, home to 2.4 million people, is among the growing number of regions where recycled wastewater for human consumption is gaining greater credence. With scarce drinking supplies, changing economics and a newly-proven technology, more local leaders are beginning to embrace the once-dreaded “toilet-to-tap” method of supplying fresh water. Experts suggest that regulators and politicians should take care to educate and reassure a wary public that disposing of wastewater should no longer be a squandered resource and that this method of water supply may be here to stay.

“The yuck factor is still an issue,” said Frances Spivy-Weber, vice chair of the California Water Resources Control Board. “You have to be quite straightforward with the public ... so they don’t feel like they’re being tricked.”

The tide of public opinion regarding recycled water appears to be turning. Los Angeles and San Diego have moved to emulate Orange County’s advanced purification system (an advanced method of reverse osmosis), which is said to be the world’s largest operation which has produced more than 70 million gallons of fresh drinking water each day since 2008. What they do is place pre-treated waste discharge through a process of microfiltrations, reverse osmosis, ultraviolet light and hydrogen peroxide disinfectant to render enough potable water—nearly distilled in quality—for more than 500,000 people.

This water does not go directly to homes. It is first pumped into the county’s groundwater basin to recharge depleted aquifers, then undergoes another, natural level of filtration prior to being drawn back to the surface for drinking and bathing. Orange County had an excellent output of recycled water in May with the daily output increasing to 100 million gallons. The area’s groundwater basin—a third of it now derived from recycled waste—is the principal drinking source for persons residing in the northern and central portions of the county.

The state water board last year formalized the first regulations for the type of recycling operation pioneered in Orange County. The agency has until December 2016 to adopt new rules for “indirect” potable reuse of highly purified waster that gets blended with and stored in large freshwater surface basins, such as reservoirs or lakes (rather than groundwater) before people drink it. Another form of recycling water is called “direct potable reuse” in which purified wastewater would be fed straight into a traditional treatment plant without first pausing in some kind of environmental holding buffer. The state water board is conducting a feasibility study, the results of which will reportedly be released next year.

Californians will still rely primarily on fresh water from rainfall. In fact, the thunderstorms that wafted their way through the state last week helped to decrease the “exceptional” drought category in Modoc County in the north. The U.S. Drought Monitor categories range from “abnormally dry” to “exceptional drought” with “extreme” and “exceptional” serving as the highest levels on the monitor’s intensity scale.