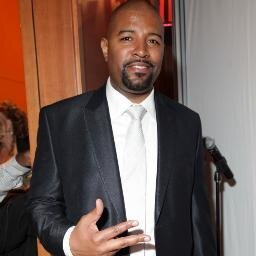 Shawn Prez has seen the rise of P. Diddy—then known as Puff Daddy or Puffy—from being a hustler who sold records, to a multimillionaire CEO who has a fashion line and liquor company. During the ride, he has experienced the glamorous life and worked alongside artists such as the Notorious B.I.G. and Ma$e. His talent for using street teams led him to be called P. Diddy’s “ambassador to the street.”

Prez started off as an intern for Bad Boy Entertainment and eventually moved into promotion and marketing. He said he learned valuable business skills working alongside P. Diddy. One was having a great work ethic.

“Puff had a mantra, sleep is forbidden,” Prez said.

He also learned there is no such thing as an overnight success.

“You may see it overnight, but it may have taken that person 15 years,” Prez said.

Diddy also taught Prez to be a risk taker.

“You have to be fearless, and be ready to put everything on the line,” Prez said. “He (Diddy) is fearless in every sense of the word.”

During his time working at Bad Boy Entertainment, Prez got to see the high life and rubbed shoulders with big-time celebrities. He remembers being at a Hollywood party, hosted by billionaire investor Ron Burkle, a few years ago. Some of the guests included Michael Jackson, Brooke Shields, Motown founder Berry Gordy and Don Cornelius.

At the party, Diddy ran into Arsenio Hall and urged him to return to late-night television. According to Prez, Hall later credited Diddy for helping him get back on TV.

Prez says he enjoyed working for Bad Boy Entertainment, but felt the calling to launch his own company called Power Moves Inc. in 2001. The company currently has street team employees in 32 American cities and also operates across Europe. He still works with Bad Boy and was responsible for the successful Vote or Die campaign. Prez developed the grassroots, word-of-mouth inspired campaign that spread the word at barber shops, colleges, hair salons and churches.

Although Prez cut his teeth using guerrilla marketing tactics to push artists, he admits the music business has changed so much, his old job has largely been eliminated.

According to Prez, new technology killed a whole line of the music business. Music downloads meant a new generation of music consumers were no longer willing to buy music they could get free online. However, Prez said that also led to the elimination of the jobs of the people who sold and transported CDs and cassettes. Consequently places like Tower Records went out of business.

“Going to the record store and reading the booklet, that used to be part of the experience,” Prez said. “Now they (young consumers) just want the record.”

“In the music industry, street teams no longer exist,” Prez said. “But, they are alive and flourishing in corporate America. It’s the same concept, guys and girls on the street and an extension of your brand.”

Prez discovered corporate America was eager to embrace his skills set. However, instead of being called street teams, they are called “brand ambassadors.” Some of Power Moves Inc.’s corporate clients include McDonald’s, Spike TV, AND1, Ciroc and Pepsi.

According to Prez, corporate America realizes word-of-mouth advertising is still a powerful tool.

“There is no substitute for it,” he said. “No one can replace someone you trust.”

Prez says being in the music business for almost two decades has taught him a lot about being adaptable. Diddy became famous as a producer who put out hit records, but over the years he has became more known for his acting career, fashion line and liquor business.

The music business has struggled to adapt to the growth of the Internet and slower sales. However, Prez is confident platforms like Spotify and Tidal will develop a new customer base willing to pay for music.

“It’s getting a new generation used to paying for music,” Prez said. “You’re leasing music, and it seems new-age consumers are fine with that.”