The worms that invade your brain 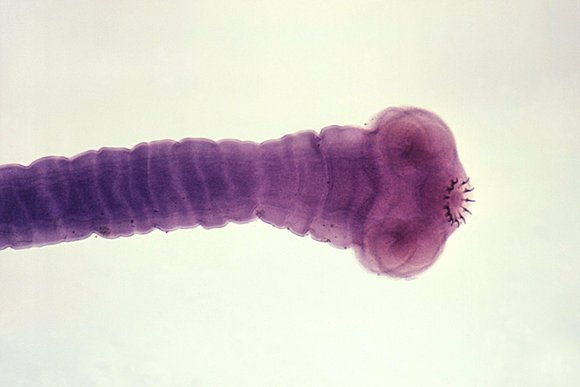 Once you consume them, they can move throughout your body -- your eyes, your tissues and most commonly your brain. They leave doctors puzzled in their wake as they migrate and settle to feed on the body they're invading; a classic parasite, but this one can get into your head.

"It had moved from one side of the brain to the other ... very few things move in the brain," says Dr. Effrossyni Gkrania-Klotsas about a British man found to have a tapeworm moving inside his brain in 2013. This form of tapeworm had never been seen before in the United Kingdom.

The patient, who was of Chinese descent, had recently visited China, which along with South Korea, Japan and Thailand, has more regular occurrences of the parasite known as Spirometra erinaceieuropaei. Four years earlier the man had first experienced symptoms, such as headaches, which the team of doctors at Addenbrookes Hospital, in Cambridge, had treated as tuberculosis. But then he returned.

"When he reappeared, he had new symptoms," says Gkrania-Klotsas. The worm was now pushing on a new part of his brain, causing seizures and weakness in his legs. The condition associated with his infection was in fact Sparganosis. There is no known drug to effectively treat the infection meaning that upon diagnosis doctors had to be quick to remove the worm surgically.

Just 300 infections of the Spirometra tapeworm were recorded between 1953 and 2013, but they're thought to be more common in parts of Asia. The rural nature of more affected populations means numbers are widely unknown and very little is known about the worms.

"These worms are pretty mysterious," says geneticist Hayley Bennett from the Wellcome Trust Sanger Institute, in Cambridge, whose team recently sequenced the genome of the rare worm. "We know it has a very complicated life cycle."

The adult form of the Spirometra tapeworm only occurs in the intestines of cats and dogs but as these animals shed the worms' eggs in their feces the eggs can enter, and contaminate, water. The resulting juvenile form of tapeworm -- known as larvae -- can then stay in the water within certain small crustaceans or end up in frogs and snakes. As larvae they can invade humans through ingestion or direct contact with infected animals. The patient in Cambridge was thought to have accidentally drunk water whilst swimming in an infected lake, according to Gkrania-Klotsas. The worm then took hold.

"The larvae can encyst in the brain or somewhere else," says Bennett. The consequences of these cysts can be tissue damage, blindness, paralysis or even death. By sequencing the worm's genes, Bennett hoped to understand the inner workings of the worms to aid future diagnosis and treatment.

"Because it's such a rare infection it's not economically viable to create a drug just for this worm," she explains. "But by comparing it to other tapeworms we can see which other drugs might apply."

The team were given small samples of the worm, extracted from the infected patient, and their sequencing identified an exceptionally large genome and, importantly, genes which could help recognize resistance to drugs as well as act as future drug targets. "You could also develop a diagnostic test," adds Bennett.