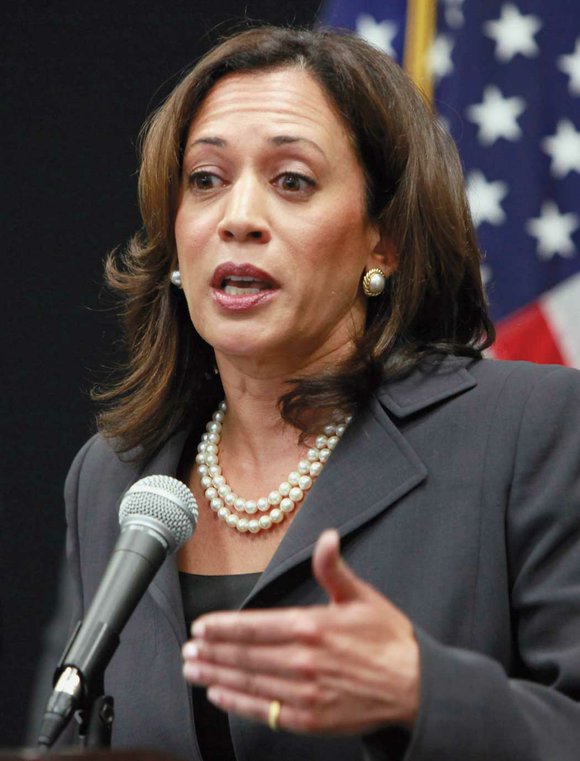 Attorney General Kamala Harris announced this week that she is running for the U.S. Senate seat being vacated by Barbara Boxer.

“California has been incredibly well served by the transformational leadership of Sen. Boxer and the continued service of Sen. (Dianne) Feinstein. With your help, I hope to build on their legacies in the U.S. Senate,” Harris wrote in a statement posted to her website.

Harris announcement came one day after Lt. Gov. Gavin Newsom announced he would not run for the seat. Their announcements avert a battle between them for the governorship, which Newsom is expected to seek. Newsom and Harris are both from the Bay Area, share many of the same supporters and are popular among liberals in California’s Democratic Party.

“While I am humbled by the widespread encouragement of so many and hold in the highest esteem those who serve us in federal office, I know that my head and my heart, my young family’s future and our unfinished work all remain firmly in the state of California—not Washington, D.C.,” Newsom wrote in a message on his Facebook page Monday. “Therefore I will not seek election to the U.S. Senate in 2016.”

Boxer, 74, announced last week that she would not seek reelection in 2016. Harris, 50, a two-term attorney general who previously served as San Francisco’s district attorney, became the first candidate to officially declare she will run for the seat. She appears more than likely to receive Newsom’s backing.

“In the months to come, I look forward to doing whatever I can to help elect California’s next great Democratic Senator—one worthy of succeeding Barbara Boxer and serving this remarkable state of dreamers and doers in the United States Senate,” Newsom said Monday.

In her announcement, Harris recalled her extensive experience as a prosecutor and held herself as a champion for a beleaguered middle class.

“From my first days as a prosecutor in Alameda County, to my work as San Francisco District Attorney to my current service as California Attorney General, I have worked to bring smart, innovative and effective approaches to fighting crime, fighting for consumers and fighting for equal rights for all,” Harris said in her announcement.

“And I will fight relentlessly to protect our coast, our immigrant communities and our seniors.”