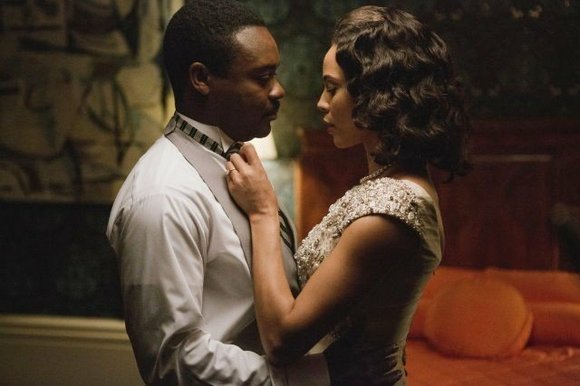 The man who stars as the Rev. Martin Luther King Jr. in "Selma" seems as divinely appointed to the role as the leader he portrays was to the civil rights movement.

David Oyelowo said it was seven years ago when he read the script for the film about the marches in the Alabama city and the fight to pass the Voting Rights Act of 1965. He so felt God telling him the role of King was meant for him that he wrote the date down to remember it.

But it was a long road for the British actor who was faced with everything from being little known beyond small parts in films like "The Last King of Scotland" to those connected to the film having a different vision for who should star. Yet Oyelowo never lost faith. He told CNN that he took the challenge of playing one of history's giants very seriously.

"Doubt ... never really beset me," he said. "What did hit me were moments of feeling the weight ... and the responsibility to get it right."

Some lost their lives in the midst of the tension over the protests and Oyelowo said that in studying King he learned a great deal about how conflicted the leader felt during that time.

"The thing that really struck me was the weight and the guilt he felt about the people who were killed," the actor said.

Time magazine has called "Selma" "the film of the year" and noted that "This solid, expertly managed drama, with its stark images of good men standing up to entrenched government evil, has earned critical hosannahs and could be the breakout favorite among year-end contenders for the Academy Award." Oyelowo's performance has been hailed for embracing both King the legend and the man.

"Oyelowo is superb in the central role of King, capturing his famous cadences without ever descending into mimicry," Christopher Orr wriote for The Atlantic. "This is a life-sized portrait of a larger-than-life figure, and never more so than in the scenes between King and his wife Coretta (Carmen Ejogo), their marriage strained not only by the ever-present threat of violence but also by his own serial infidelities, which the movie handles with tact but does not shy away from."

The star is not the only one who sees a greater hand in the project.

Oprah Winfrey served as one of the producers on the film and has a small role. She told Variety she believes it's not accidental that the film, which will open nationwide on January 9, is being released at a time when the nation is once again focused on race in the wake of the controversial deaths of black men in Ferguson, Missouri, and New York City.