Finalists aim for spot on Broadway 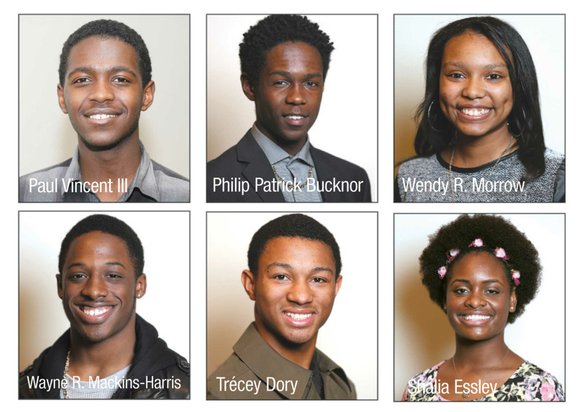 Six African American students, including five from the Ramon C. Cortines School of Visual and Performing Arts, are among the 12 finalists taking part in the August Wilson Monologue Competition Regional Finals March 2 at the Ahmanson Forum in downtown Los Angeles.

The competition showcases 12 Southern California students who will bring to life the work of legendary African American playwright August Wilson on stage.

The finalists were selected during a semi-final round held on Dec. 13, in which 10th-, 11th- and 12th-grade students from 30 different schools from around Los Angeles, Ventura, Orange, Riverside and San Bernardino counties participated. The program kicked off with a preliminary round featuring more than 150 students and each was asked to perform a monologue from August Wilson's “Century Cycle,” a 10-play dramatization of the African American experience in the 20th century.

Each of the regional finalists will participate in training and rehearsal sessions throughout February. These sessions allow the students to refine their performances while gaining valuable acting techniques.

On March 2, the three top-performing students will be selected to move forward to the eighth annual August Wilson Monologue Competition national finals in New York City at the August Wilson Theatre on Broadway on May 4. Each regional winner will receive an all-expenses-paid trip to the Big Apple where the two top finalists will perform their monologue again, and the third finalist will serve as an alternate with inclusion in the performance montage.

All three students will attend master classes to workshop their monologue as well as scholarship awards.

The August Wilson Monologue Competition is a national program presented by Kenny Leon’s True Colors Theatre Company and Jujamcyn Theaters and is hosted in several cities across the country including Atlanta, Boston, Chicago, Los Angeles, New York, Pittsburgh, Portland and Seattle. The program encourages students from all backgrounds and ethnicities to read and perform the work of August Wilson, a playwright who influenced American theater for decades by illustrating the intricacies of the African American experience.

Mackins-Harris and Morrow, both seniors, were also finalists in last year’s competition.