Jannie Ligons is the Woman of the Year 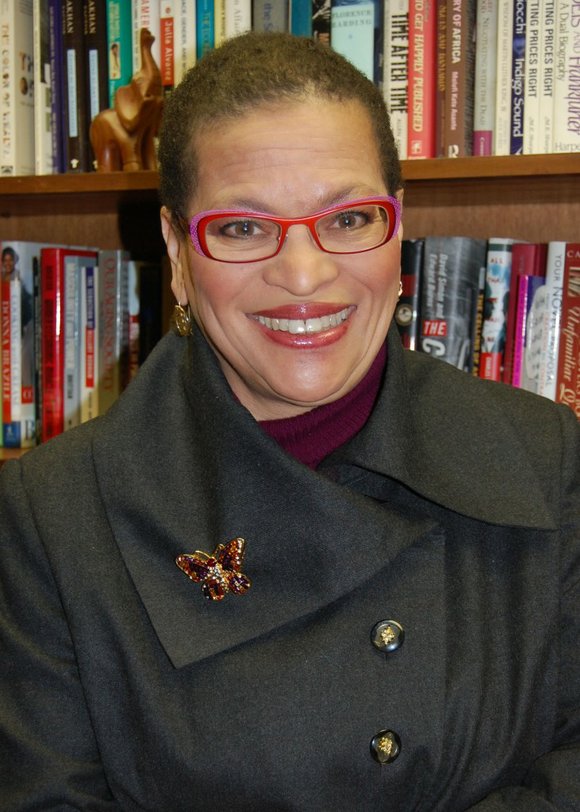 Jannie Ligons is an Oklahoma City grandmother who left a friend’s house to drive home. She collided with Daniel Holtzclaw, the rogue police officer who seemed to think it was part of his duty to sexually abuse Black women. He raped them because he could. They did not accuse him because they feared they could not. Some had criminal records – they had been involved with drugs or had other skirmishes with the law. They felt both vulnerable and violated, and they thought nobody would believe them.

At least 13 women were violated, and they were only identified because one courageous woman, Jannie Ligons, took her complaint to the police. She had no criminal record and nothing to hide from. She simply had the harrowing experience of encountering a White (really half Japanese, but that’s another story) man with a badge, feelings of superior racial identity, and a penis. According to many of the accounts of women who encountered Daniel he referred to his Whiteness as he violated them. Many of the women had other matters with the law, and he intimidated them into silence.

In our nation’s sordid history, when black women spoke they found themselves denigrated or ignored. In 1944, Recy Taylor, a 24-year-old mother, was abducted as she walked form church with her friends. A car full of white men threatened her with a shotgun, then took her into an abandoned field and repeatedly raped her. The men who raped Ms. Taylor said she welcomed the sex and they paid her. They could have been arrested, but a complicit sheriff ignored the law. When an all-white jury heard the case, they failed to indict the six men who raped Recy Taylor. In 2011, Alabama offered Recy Taylor an apology for failing to properly manage the case. Justice delayed is justice denied.

There are too many black women, raped by white men, whose experiences are swallowed in the vacuum of history. There are some experiences that have been captured, though. Consider Betty Jean Owens, a Florida Agricultural and Mechanical University (FAMU) student, who was talking with three friends when a group of white men, armed with shotguns and switchblades abducted her. They admitted, as they were arrested, that they were looking for a black woman to rape, and made jokes about it. The horrible criminals might have escaped prosecution and gotten away with their crime had not a young white police intern organized a search party to find Owens. Had there been no protests or national attention, the rapists may have been acquitted. They were convicted, but Betty Owens was further demeaned through a trial that questioned her virtue, and asserted that she didn’t fight hard enough (with a shotgun to her head). Her dress, they said, wasn’t torn enough to indicate a rape. Unexpectedly, the all-white jury found the rapists guilty, with life sentences. At least one of them was paroled to rape and kill again (and he did).

Those who defended Daniel Holtzclaw took a page from the historical playbook when they paraded the backgrounds of his rape victims before the all White jury. They were on drugs. They had arrest warrants (sometimes for simple parking tickets). Well, someone who has dabbled with drugs can be raped; someone with outstanding warrants should not be victimized. The women with police records may have been reluctant to come forward, but Jannie Ligons had no record and no warrants. She was a grandmother minding her business and her speaking up opened the door for others to speak. She reminded other women that they could stand up to injustice.

Too many Black women have been forced into silence; those who speak up pay consequences. Jannie Ligons deserves to be acknowledged because she took a risk and may pay a price for outing a rouge police officer. He took advantage of women simply because he could. Jannie Ligons the self-described “ wrong woman to stop” was willing to spotlight Holtzclaw’s abuse. She is my woman of the year, and she deserves all acknowledgements. I am encouraging our African American organizations to lift this sister up, to give her high props, to give her every award that is available. She stands on the shoulders of Recy Taylor, Betty Owens and countless others. She has helped serve Mr. Holtzclaw a steaming plate of justice. She fought the fight and so must we. In the words of Mari Evans, “look on her and be renewed”. She is my woman of the year!

Julianne Malveaux is an author and economist based in Washington, DC. Her latest book “Are We Better Off? Race, Obama and Public Policy” will be released early 2016 and is available for preorder at www.juliannemalveaux.com