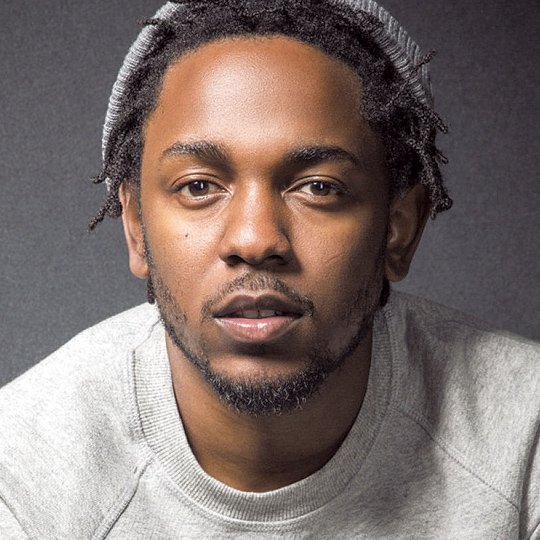 All three were nominated for the coveted Album of the Year prize—Lamar for “To Pimp a Butterfly,” Swift for “1989” and The Weeknd for “Beauty Behind the Madness.” Also nominated were Alabama Shakes for “Sound and Color” and Chris Stapleton for “Traveler.” Swift’s “Blank Space” and The Weeknd’s “Can’t Feel My Face” were nominated for Record of the Year, along with D’Angelo and the Vanguard for “Really Love,” Mark Ronson and Bruno Mars for “Uptown Funk” and Ed Sheeran for “Thinking Out Loud.”

“Blank Space” and “Thinking Out Loud” also earned Song of the Year nods for Swift and Sheeran. Also up for the prize, which is awarded to the songwriters, are Lamar’s “Alright,” Little Big Town’s “Girl Crush,” and Wiz Khalifa’s “See You Again.”

Swift’s “Bad Blood,” which also features Lamar, was nominated for bestpop duo/group performance, as was Khalifa’s See You Again,” which feature Charlie Puth. Also tabbed in the category were Ronson and Mars’ “UptowFunk,” Maroon 5’s “Sugar” and Florence and the Machine’s “Ship to Wreck.”

Lamar also landed in the best rap album category for “To Pimp a Butterfly.” He will compete with J. Cole for “2014 Forest Hills Drive,” Dr. Dre’s “Compton,” Drake’s “If You’re Reading This, It’s Too Late” and Nicki Minaj’s “The Pinkprint.”

Alabama Shakes, meanwhile, will look to take home the best alternative music album prize for Sound & Color.” Also up for the prize are Bjork for Vulnicura,” My Morning Jacket for The Waterfall,” Tame Impala for “Currents” and Wilco for “Star Wars.”

The Weeknd’s “Beauty Behind the Madness” is up for best urban contemporary album, as are “The Internet for “Ego Death,” Kehlani’s “You Should Be Here,” Lianne La Havas for “Blood” and Miguel for “Wildheart.”

Former President Jimmy Carter also landed on the lengthy list of Grammy nominees, earning a nod in the best spoken word album category for “A Full Life: Reflections at Ninety.” Dick Cavett is in the category for “Brief Encounters: Conversations, Magic Moments and Assorted Hijinks,” as is Amy Poehler for “Yes Please.” Rounding out the category are Patti Smith for “Blood on Snow” and Janis Ian and Jean Smart for “`Patience and Sarah (Isabel Miller).”

According to Oral Ofori, founder of TheAfricanDream, an information and communication consultancy focused on African affairs, there are a number of other Afro-centric performers nominated for Grammys. “Branches of The Same Tree,” the latest album of the Ghanaian Afro roots artist Rocky Dawuni was nominated under the Best Reggae Album category.