Katrina: A history of mistakes and missteps 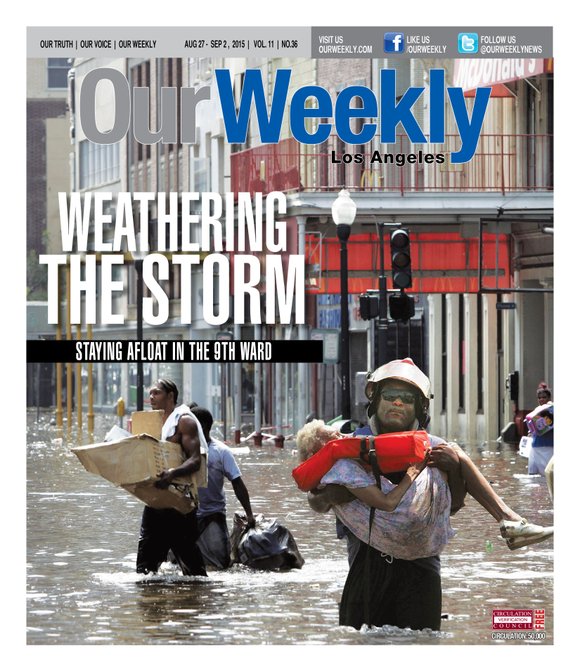 Early in the morning on Aug. 29, 2005, Hurricane Katrina slammed into the Gulf Coast of the United States. As a result, the vibrant and cheerful city of New Orleans was quickly transformed into an underwater wasteland. In a matter of days, the world was reminded of mother nature’s devastating power and inevitability. As the storm progressed, historic landmarks were reduced to rubble; entire neighborhoods drowned under the overwhelming deluge of surging river water; lifeless bodies dotted the battered landscape; and throngs of displaced residents from the Lower 9th Ward and surrounding areas had to withstand inhumane living conditions before they were finally rescued and transported to safe zones. These heart-wrenching images won’t soon be forgotten by the American public. They illustrate the grim reality of human vulnerability and mortality.

On Saturday, the 10-year anniversary of Hurricane Katrina will undoubtedly aggravate old wounds and stimulate new conversation about the importance of Black lives in America. To get the ball rolling, Our Weekly created a time-line of pivotal events connected to the storm.

African American slaves and state prisoners in New Orleans build artificial levees near the mouth of the Mississippi River to protect the young city from the ravages of floods. The levees measured only three feet tall in most locations but failed to contain the river during periods of heavy flooding. A levee is an embankment or wall built to protect areas from water; it is supposed to prevent the overflow of a river

Levee building remains in vogue along the Louisiana shores of the Mississippi. As settlers move into the territory north of New Orleans, levees are constructed. By 1812, levees have been built to safeguard 155 miles of land north of New Orleans on the east bank of the river and 180 miles north of the city on the west bank.

Violent storms in the northern United States dump tons of water into tributaries throughout the region that feed into the Mississippi.

LeRoy Percy and other plantation owners send their farm hands to raise the height of Washington County levees. Police round up African Americans in town at gunpoint and send them to raise and fortify the levee. Convicts are also pressed into action, and altogether a gang of 30,000 men work to save the levee.

With the river almost at the top of the levee, The federal government dynamites the Poydras Levee, creating a 1,500-foot break at an estimated cost of $2 million, to direct the flood waters away from the prosperous areas of New Orleans and into the St. Bernard and Plaquemines parishes. Future President Herbert Hoover was in charge of flood relief and made the call. The dynamiting of the levee and the subsequent flood expedited the northward migration African Americans, according to historian Garth Briscoe. Most historians

believe the decision to sacrifice the 9th Ward was not based on race but based on preserving the infrastructure of New Orleans. According to an article in the Washington Post, most of the one million residents impacted by blowing up the levee were White; other newspapers have also pointed out that there was a significant African American population in the 9th Ward. However, Briscoe pointed out that the issue was not race in 1927 but the hydrologic cycle (natural flow) of that river. It was part of public record that the 9th Ward was an excellent drainage point for river overflow geographically, if you needed to save the French Quarter by using dynamite. Briscoe says this knowledge was noted in 1922, when a levee was breached and water flowed into the 9th Ward.

Hurricane Betsy, a category 3 storm with 150 mph winds, slammed into the city, driving a surge of flood waters that topped levees and crashed through levee breaches to drown the Lower 9th Ward and St. Bernard parish. The rest of the city remained relatively

unscathed. The predominantly Black and working class Lower 9th Ward was catastrophically flooded, when the levees were breached. It was commonly believed by many of the residents and former residents that the levee was intentionally blown up by the Army Corps of Engineers in order to spare Whiter neighborhoods. Mainstream media believes blaming the government for blowing up levees is based on the 1927 decision to dynamite the levees. In Spike Lee’s documentary, “When the Levees Broke,” two 9th Ward residents were interviewed who were kids when Hurricane “Betsy” hit. They both believe they heard explosions and remember the rumors of someone intentionally blowing up the levees and consequently rerouting floodwater to the 9th Ward. This prevented the flooding of the French Quarter and the White community. This rumor has never been investigated.

Congress ordered the U.S. Army Corps of Engineers to build a massive flood-protection system for New Orleans. Forty years later—six months after Katrina hit—the Corps released a report in which they took blame for the levees breaking, candidly admitting that the levees were built in a disjointed fashion based on antiquated data. Much of this, the report revealed, was due to a lack of funding—resulting in a flawed system of levees. Engineers also failed to account for the region's poor soil quality and sinking land, which created more gaps in barriers.

Hurricane Katrina made landfall and the world was given a shocking reminder of the vulnerability of the poor. People who watched the aftermath were reminded that, while a hurricane is an act of nature, the shape and extent of its damage is largely determined by

man-made factors. For example, while more than a quarter of New Orleanians did not own a vehicle, the evacuation plan was based on residents having private transportation. Those without means of transport were to be helped by those who did (this was termed the “Good Samaritan” plan).

General Russel L. Honoré—an African /Cajun American lands in the 9th Ward and takes command of the Joint Task Force Katrina troops finally sent by the federal government. Touching down in an Army helicopter with his aids, he immediately began scolding New

Orleans Police Officers and Public Safety Officers, ordering them to “lower their damn weapons pointed at civilians, while victims of Katrina cheered him on.

President George Bush is criticized for finally showing up to visit the devastated area.


A convoy of Louisiana National Guard troops and supply trucks arrives in New Orleans and distributes food and water to residents stranded at the Superdome and convention center. Congress approved $10.5 billion (U.S.) in aid for Hurricane Katrina rescue and relief, and President George W. Bush signs the bill. The United States is criticized by African American leaders for taking four days to respond to starving and dying individuals in New Orleans and other areas affected by the storm. In previous years and disasters, the United States Air Force responded to other international incidents within two days. Many believe this belated action by the federal government was a result of Mayor Ray Nagin pleading for help on a local radio station.

Katrina had left in her wake what one reporter called a "total disaster zone" where people were "getting absolutely desperate." This is one of the reasons Kanye West infamously said that "George Bush doesn't care about Black people." Local, state, and federal officials were simply way too slow helping largely poor, Black populations, leaving them stranded to bear the brunt of the storm. And while New Orleans has reportedly made improvements in its evacuation plans since 2005, the inadequate response at the time of Katrina led to more deaths and pain that could have otherwise been avoided—particularly among the city’s impoverished, minority communities.

Reuters reported Sept. 4, 2005 that the United States had asked for assistance from the European Union and NATO in the form of first aid kits, blankets, water trucks and 500,000 prepared meals. Cuba, México, Venezuela, Nigeria, Japan, China, Russia, Iran and a host of other countries offered aid. Cuba had a vast amount of experience in dealing with hurricanes and offered to fly 1,100 doctors to Houston, Texas, with 26 tons of medicine to specifically treat hurricane victims according to CNN. The U.S. declined all offers of help.

At the Superdome in New Orleans, where supplies had been limited to begin with, officials accepted 20,000 refugees from the storm before locking the doors. City leaders had no real plan for anyone else. Tens of thousands of people desperate for food, water and shelter broke into the Ernest N. Morial Convention Center complex, but they found nothing there but chaos. Meanwhile, it was nearly impossible to leave New Orleans: Poor people especially those without cars or anyplace else to go, were stuck. At one point, the Louisiana National Guard asked FEMA for 700 buses but, days later, the agency sent only 100, and it took a week to evacuate flood survivors. Before the storm, the city's population was mostly Black (about 67 percent); and nearly 30 percent of its people lived in poverty. Katrina exacerbated these conditions, and left many of New Orleans's poorest citizens even more vulnerable than they had been before the storm.

In all, Hurricane Katrina caused the death of nearly 2,000 people and affected some 90,000 square miles of the United States. Hundreds of thousands of evacuees were scattered far and wide. Katrina was the third-deadliest hurricane in U.S. history after Galveston in 1900 (which killed 8,000 to 12,000 people) and Okeechobee in 1928 (which killed 2,500 to 3,000 people), according to U.S. News and World Report. But Katrina is by far the costliest hurricane in economic terms, costing up $108 billion.

The first post-Hurricane Katrina jazz funeral parade takes place, a sign that the area’s culture may be on a comeback. The city is inundated with Taco stands and Mexican food vendors to supply the labor force that migrated to New Orleans to rebuild.

A decade after Hurricane Katrina, the New Orleans metro area still hasn't recovered from the storm. Although the area has grown since 2006, it holds 134,000 fewer residents; lost more than 39,000 fewer housing units, and has nearly 2,000 fewer business establishments. Much of this damage was likely unavoidable in the face of a storm as powerful as Katrina—but the harm could have been at least mitigated by better government preparation and a stronger response, based on the many reports that have reviewed the situation since Katrina.