An old battle for a new generation 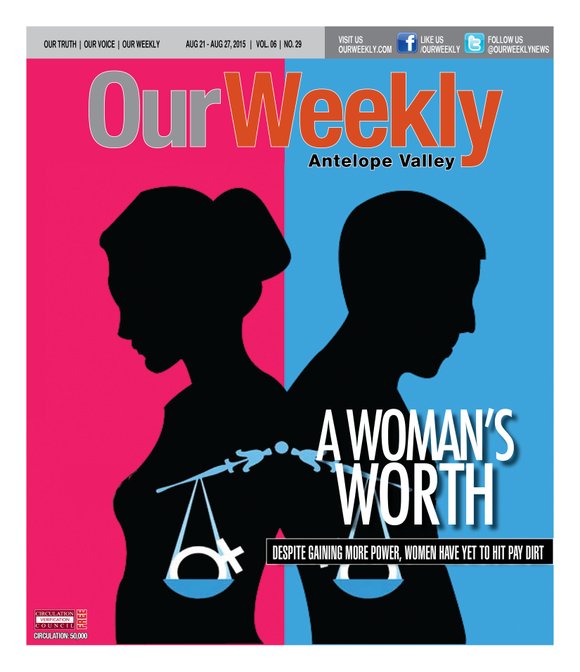 A joint resolution of Congress in 1971 signified one of those rare moments when both liberals and conservatives, persons of different races and religions and, most telling, members of both sexes were in uniform agreement: “... the women of the United States have been treated as second-class citizens and have not been entitled to full rights and privileges, public or private, legal or institutional, which are available to male citizens of the United States.”

That quote helped to usher in Women’s Equality Day which since 1972 has been recognized by a presidential proclamation each year on Aug. 26. It is a famous date in American history—stretching back 95 years when women were granted the right to vote by virtue of the 19th Amendment to the U.S. Constitution—but it wasn’t until 1972 that Women’s Equality Day was fully recognized as a turning point in the battle for social progress for American women.

More than 40 years ago, the Equal Rights Amendment (ERA) was proposed as an amendment to the U.S. Constitution that would guarantee women equal rights under the law. It wasn’t a new idea. The amendment was first proposed in 1923 following years of struggle to secure for women the right to vote. The 15th Amendment reportedly guaranteed the right to vote regardless of race (many state legislatures would devise methods to circumvent this language, particularly in relation to African Americans), but finally having the right to cast a ballot meant that [most] American women saw opportunities for advancement not only at the ballot box but in a variety of arenas previously limited only to men.

American women today occupy some of the most prestigious positions in the land. From political powerbrokers, leaders in law and medicine, military commanders and mega-celebrities, some women are realizing the hard-earned promises that the early suffragists and feminists campaigned for so vigorously. In 2015, a woman is a front-runner and, some may consider, the odds-on favorite to be the next president of the United States. There are more women serving in the United States Congress (77 women in the House of Representatives, 20 in the Senate at the start of the 113th Congress) than ever before. Three women occupy seats on the U.S. Supreme Court. African American women can look to the Los Angeles District Attorney, the California Attorney General and the United States Attorney General as evidence of the advancements which have taken place, specifically after passage of landmark civil rights legislation decades ago. This past weekend, a woman was among the officiating crew and another was serving as an assistant coach during a National Football League pre-season game.

Why the ERA failed

However, women still lag far behind men in terms of wages, job security, property ownership and right of personal decision, all of which fall under the famous precepts of “... life, liberty and the pursuit of happiness.” The proposed ERA of the 1970s was supposed to remedy some of the inequities women have faced since the founding of the nation, but the struggle for true equality remains elusive. Even after serving [and dying] in foreign wars, holding families together during great financial calamities, doing a “man’s work” in factories to help ensure the “world’s highest standard of living,” and even orbiting the earth, some American women today often occupy second-class status in terms of socio-economic achievement and prosperity. Today, full-time women workers generally make only 78 cents for every dollar earned by men, representing a gender pay gap of 22 percent, according to a report issued in March by the Institute for Women’s Policy Research (IWPR).

The ERA was first proposed in 1923 by the National Women’s Political Party, and it was designed to provide for the legal equality of the sexes and to prohibit discrimination on the basis of sex. More than four decades later, New York Rep. Bella Abzug and feminist leaders Betty Friedan and Gloria Steinhem helped to revive the ERA and through theirs and the efforts of millions of women nationwide, the measure received the requisite two-thirds vote of approval from the House of Representatives in October 1971.

In March 1972, the bill was approved by the U.S. Senate and sent to the states for the required three-fourths ratification. Hawaii was the first state to ratify would what would have been the 27th Amendment to the United States Constitution. Thirty more states followed suit within a year. But a conservative backlash during the mid-1970s against the ERA eroded support and the measure fell short of the three-fourths majority (38 states were required for ratification).

Because of the rejection of the ERA, sexual equality—with the exception of the right to vote—is not protected by the U.S. Constitution. The federal government and all states have passed considerable legislation protecting the legal rights of women, roughly matching the language of the ERA in its most recent form: “Equality of rights under the law shall not denied or abridged by the United States or any state on account of sex.”

Proponents of the ERA said it was needed to clarify the legal status of sex discrimination for the courts, where decisions still deal inconsistently with such claims. For the first time, sex would be considered as a constitutionally protected classification—as race currently is—and governmental actions that treat males or females differently as a class would be subject to strict judicial scrutiny and would thus have to meet the highest level of justification. This legal reasoning was said by proponents to be a necessary reaction to a compelling state interest which would be upheld as constitutional.

To date, 15 states have not ratified any form of the ERA. The states of Idaho, Kentucky, Nebraska, Tennessee and South Dakota have attempted to withdraw their earlier support of the ERA, but failed during the individual legislative process.

Opponents of the ERA have called Section 2 of the proposed amendment (“... the Congress shall have the power to enforce, by appropriate legislation, the provisions of this article”) a “federal power grab.” Those in favor of the measure would point out that same clause—sometimes with a variation in wording to include the states—appears in eight other amendments to the constitution, beginning with the 13th Amendment in 1865.

Extending beyond the “pro-life” vs. “pro-choice” debate, or discussions of equal access to education (i.e. Title IX and the Education Amendments of 1972), the biggest issue today within the women’s movement is equal pay for equal work. A belief held by many contends that women are generally paid less than men because they traditionally gravitate to lower-paying jobs such as teaching or social work. The Republican National Committee in April 2014 released a statement after the GOP voted down an equal pay bill.

Not long after the Congressional vote, Harvard University conducted a study on equal pay which speculated that the pay gap between men and women may be the result of differences within occupations—not between them—and tends to widen in the highest-paying professions such as business, law and medicine. Researchers suggested that “rearranging” women into higher-paying occupations would erase only 15 percent of the pay gap for all workers; women college graduates could see a pay-gap decrease somewhere between 30 and 35 percent. The study also revealed that women doctors earn 71 percent of wages earned by their male counterparts. If a woman is a financial specialist on Wall Street she can expect to earn only 66 percent of what a man makes in the same occupation. In the legal profession—ranging from a legal clerk, to an attorney or even a judge—women today make 82 percent of what their male counterparts earn.

Other occupations have managed to narrow the pay gap. Women pharmacists, for instance, take home 91 percent of what men make; computer programmers make 90 percent of a male’s salary, while accountants, salespersons and women working in areas of human resources generally make equivalent salaries.

Women of color suffer most

Apparently, occupations that demand long hours (more “face time” at the office and being “on call” most of the day) tend to have the widest pay gaps.

“The gender gap in pay would be considerably reduced and might vanish altogether, if firms did not have an incentive to disproportionately reward individuals who labored long hours and worked particular hours,” said Harvard’s Claudia Goldin, Ph.D., who works as a labor economist and is a leading scholar on women and the economy. Goldin said that simply placing women in “better” occupations is not the practical way to solve the wage gap. Workplace “flexibility,” she said, in terms of hours and location, may be the most feasible way to close the gap in earning power.

“Look at a pharmacist,” Goldin explained. “This field has become such an equitable profession not because of activism but because of changes in the labor market and changes in technology.”

The IWPR study revealed further that there has been little progress in the “gender integration” of work and in some industries (e.g. construction) a generation of women have witnessed no progress.

“Women have made tremendous strides during the last few decades by moving into jobs and occupations previously done almost exclusively by men, yet during the last decade there has been very little progress in the gender integration of work. The poverty rate for working women would be cut in half, if women were paid the same as comparable to men.”

The wage gap tends to hit Black and Latino women the hardest. The latest U.S. Census Bureau data suggests that women of color earn just 70 cents for every dollar paid to men in general, and just 64 cents for every dollar paid to White, non-Latino men. This pay disparity is most pronounced in the 20 states with the largest number of Black women working full-time and year round.

“Women of color are hard hit by a kind of perfect—and perfectly devastating—storm caused by discrimination, a struggling economy, the country’s failure to adopt family-friendly workplace polices,” said Debra L. Ness, president of the National Partnership for Women and Families. “These new data show that the wage gap is costing women of color thousands of dollars in critical income each year that could be spent on food, rent, healthcare and on meeting other fundamental needs for their families.”

Ness explained that closing the wage gap would afford a working Black woman more than two year’s worth of food, almost 10 months worth of mortgage and utility payments, and more than 16 months of rent. In a more practical scenario, if Black women were paid on a equal basis to a White man performing the same job, she would save approximately 4,549 gallons of gasoline each year (about $18,000).