Three designers find new looks to up their cache 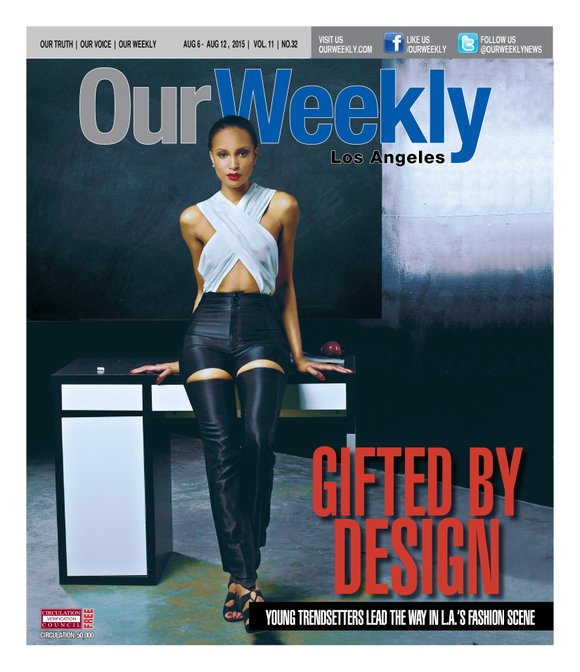 In a world where fashion is constantly evolving and new designers are popping up everywhere, it can be tough to be a small fish in the huge pond that is Los Angeles. Add to this the fact that the increasing connectivity through social media and the world wide web allows people to not only find out what your favorite celebrity ate for breakfast, but to be fully informed about new and cutting-edge ideas and designers breaking onto the scene.

That is definitely the case for a collection of innovators Our Weekly had the opportunity to chat with who have been showing up all over the fashion landscape.

Nicole Shante is a brand that understands a woman’s desire to express authority, demand respect, exhibit grace, and be flirty and chic, all while running a company, attending a philanthropic gala or developing architectural plans. Modern women are assuming leadership roles at all levels, and Nicole Shante is ensuring that they are both visible and look elegant as they do so.

Shante, whose owner is a native Angeleno and graduate of the Fashion Institute of Design and Merchandise in Los Angeles, finds motivation simply in her deep passion for fashion and her gratitude for the opportunity to do what she loves daily on her own terms.

To create her fall 2015 collection, Shante temporarily isolated herself from friends and social activities to dedicate all her energy to developing designs for this new season. She attributes the prep-school inspiration to the television series “Gossip Girl,” whose plot centers around a group of New York City trust-fund kids attending elite schools and events. She also says much of her inspiration was derived directly from research and her mood.

Shante’s design process begins with researching and developing a theme, creating a mood board and ultimately designing the pieces.

“I design like a hundred pieces. I design until (my production) deadline and to the point where I absolutely cannot design any other pieces. That determines what makes it into the collection and what doesn't," she explains.

As a designer, Shante “gets it” and with industry inspirations such as Australian designer Josh Goot, and American clothier Marc Jacobs, she seems to be embarking on a future so bright it's blinding. In the next few years, she has projections to expand her brand through offering a diffusion line with a lower price point and hopes to collaborate with other designers to create jointly-designed lines.

There has been an exciting and dramatic change in men's wear over the past four years. We have seen changes in shirt designs, pant hem lengths and overall style. Men have jumped to the forefront of fashion as leaders in style, and innovators of trend. Men are also experimenting with colors, style and design, and women are loving it.

Devontae Roper is one of the newest industry kids on the men’s fashion block. Roper recently teased consumers with items from his new spring /summer collection during the BET Experience and the BET Awards in Los Angeles.

Considering himself a creative rather than solely a designer, Roper is a native of Chicago and proudly responds to the question where are you from with: “I first came from Heaven.”

Before adding fashion to his resume, Roper started drawing at young age.

Throughout his life, the “creative” has incorporated various skills into his work including music and film.

Roper’s collection embraces all of his artistic expressions and allows him to showcase his creativity in a way that he says transcends the current trends. With woven fabric, crafted wax denim adorned with intoxicating details such as gold zippers at the knee, his brand sets a tone and defines sophisticated casual cool for men. Roper’s creativity is evident throughout his entire line including the men’s “drip tee,” which is a new take on the standard button down. He has added a distinctive and exciting design that incorporates shape, quality fabrics, clean lines and exquisite attention to detail. 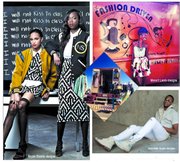 The line has also been seen on celebrities such as August Alsina, Neyo and NBA star Andre Drummond. Alsina can be seen wearing the line throughout his entire tour and at several awards shows. Roper also recently designed an exclusive tee shirt for Drummond to wear at the Nickelodeon Kid's Choice awards that reportedly set the Internet on fire.

Fashion Driven Truck: Turning the streets into a runway with mobile fashion

Mone't Lamb has taken her line on the road and is in the process of creating an extremely unique experience for all of her customers. The Fashion Driven Truck is a completely renovated 22-foot 1979 bread truck that contains 16 square feet of retail space and is equipped with hardwood floors, custom-designed cabinetry, clothing racks, beautifully crafted check out counter (cash wrap). The boutique is filled to the brim with on-trend pieces that would excite any fashion aficionado.

The Los Angeles native has discovered an innovative way to combine her passion and a local need for trendy apparel into her own fashion dream. The Fashion Driven Truck offers customers fashion in places most brick-and-mortar store owners can't fathom.

Lamb developed the idea for the truck, after searching for boutique spaces in the Leimert Park community. Not finding what she wanted, Lamb decided to take matters into her own hands and create a space for shoppers that not only catered to their fashion needs, but traveled to different locations. Lamb’s idea was to create an experience that was not limited to one specific location. That was because she realized that all of the "cool" stores were too far away from the communities where she lived and played.

This year, the Fashion Driven Truck celebrates its two-year anniversary, and to mark the occasion, Lamb celebrated by opening an adorable pop-up shop that spread tons of good fashion vibes out into the universe on a gloomy Los Angeles day.

Lamb is definitely one to watch. Because based on the customer traffic at her pop-up store, her Fashion Driven Truck (which has been recognized as Los Angeles first Black-owned Fashion truck) is definitely filling a dire need.

Visit the Nicole Shante and Roper websites to purchase items.