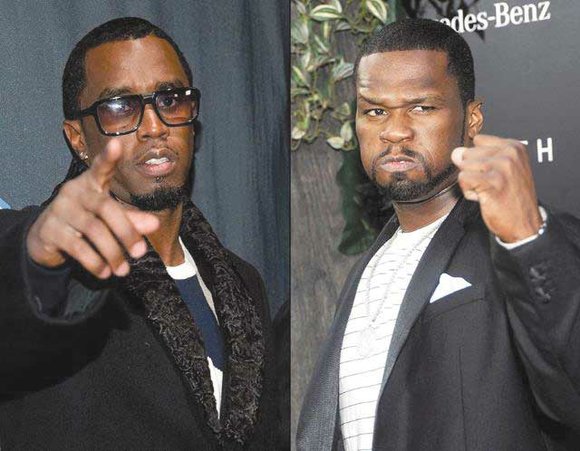 Hip-hop artists seem to be getting hauled off to jail on a weekly basis. The latest rapper to run afoul of the law is Nelly, who was recently detained for having guns and drugs on his tour bus.

Unfortunately, hip-hop artists receive extra scrutiny from law enforcement. The Smoking Gun website revealed that the New York Police Department (NYPD) had compiled a 500-page secret report on most of the big names in hip-hop including 50 Cent, Jay Z and Diddy.

Ryan Ford, executive vice president and chief creative officer for Cashmere Agency, a Los Angeles lifestyle marketing agency, said this is not a new issue. Ford, who used to work as executive editor of hip-hop magazine “The Source,” has covered the hip-hop/entertainment world extensively and is familiar with the problems rappers face with law enforcement. He said “The Source” produced an issue titled “Hip-hop Behind Bars,” which featured a cover made up of rappers’ mug shots.

“A lot of times rappers are young Black men,” Ford said. “Black men in general are targeted (by the police.)”

David Dennis, a staff writer for Bossip.com, a Black entertainment gossip site, says rappers are not unlike rock stars who are also known for their wild, party lifestyles. However, rappers are not given the same leeway.

“Rock stars, for example, get busted for drugs all the time and it’s part of their ‘party lifestyle,’ but rappers are associated with drugs and the dregs of society so they’re seen as having a ‘crime problem,’” Dennis said. “I wouldn’t assume rappers travel with as many drugs as, say, Ozzy Osbourne, but they probably get arrested way more because the police are actively looking for them.”

Dr. Earl Wright II, a professor of Africana studies at the University of Cincinnati, said rappers have to be careful because their activities are being monitored by the authorities. Apart from the NYPD police unit that tracked rappers, recently some rappers have been arrested and charged because of the content of their lyrics.

Wright, who teaches a popular college course called “The Sociology of Hip-hop,” says another problem is authenticity or “keeping it real.” Acting out and getting arrested might benefit a rapper whose real-life identity is not street wise, but if a rapper already has “street cred,” getting arrested won’t help them.

“It works against you, if that is your true persona,” Wright said.

Wright said rappers need to understand they are paid to be performers and put forward an image. They get paid millions to act like gangsters and thugs, but that’s not who they really are.

“I believe a lot of artists are perpetuating a fraud,” Wright said. “They are actors in a reality show.”

Wright, who quotes heavily from Jay Z’s book “Decoded,” points out that Hova himself realizes much of what he does is performance.

“Part of Jay Z’s persona is a character,” Wright said.

Wright also says Jay Z realized he had to evolve beyond being a street-level hustler. Jay Z is now a 40-something father and business owner. However, some artists never grow up.

“Some hip-hop artists are so infatuated with keeping it real,” Wright said. “You can keep it real to the point where you can lose everything.”

While some rappers might think getting arrested might be good for their image, that is not always the case. Lil’ Kim was one of the biggest rappers in the game when she went to jail and her career has never been the same. Today, a stint in jail hampers a rappers ability to do movies and commercial deals.

“There was a time when street cred was cool, but rappers are corporate entities now,” Dennis said. “I guarantee Ja Rule would have much preferred to be filming ‘Fast and Furious’ movies than spending time in jail. ‘Keeping it real’ isn’t as lucrative as a Pepsi endorsement. For rappers, going to jail is basically them leaving money on the table and that’s never good for a career.”

Ford said, “Hip-hop has moved beyond the point where getting arrested and going to jail is seen by mainstream audiences as being a necessary component of a hip-hop superstar. “ Nowadays, you see artists in a more positive light. “I don’t think going to jail is good for anyone’s career,” Ford said.

Wright warns hip-hop artists to be careful about their activities and wary of the people they let into their inner circle. Dennis agrees.

“A lot of times it’s the rappers’ cronies who are lugging the drugs and guns, and the rappers are the big fish who get targeted by police,” he said. “So, let’s not ride around with contraband and let’s be straight with your friends from home: you can’t be with me if you’re still doing illegal stuff.”

Wright added that apart from being tracked by the “hip-hop police,” rappers may also be targeted by hostile, small-town police officers, who resent young, wealthy Black men, who make their money bashing cops.

Ford says, “The only way to change this phenomenon is to bring more impactful awareness to the issue by changing the policy at a local, state and federal level.”