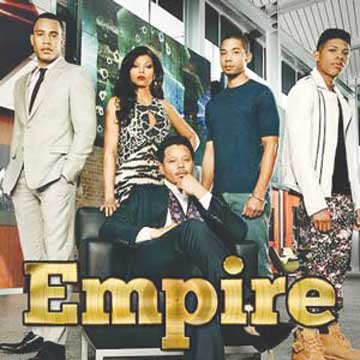 The recent finale of the hit FOX show “Empire” drew 21 million viewers. The show tackles numerous issues affecting the Black community such as class, incarceration, homophobia and interestingly enough, mental health. One of the main characters, Andre, has bipolar disorder and the show highlights how his family deals with his illness.

Kim Finney, PsyD. a clinical psychology professor at the University of Southern California, says the show is a great way of using entertainment to educate the Black community about the importance of mental health.

“Entertainment education is a great way to reach and teach,” she said.

According to Finney, Black people are often reluctant to seek out mental health treatment, because they come from a resilient culture, which has overcome obstacles such as slavery and segregation. Admitting you have a mental health problem is seen as a failing.

“That’s seen as weak,” she said. “Being strong is seen as important in our culture. You don’t have time to be playing around with being ill.”

Finney said this attitude also applies to other physical ailments, with African Americans often reluctant to go to see the doctor.

Religion can also be another barrier to African Americans seeking treatment for mental health problems. Some churches are hostile to the idea of therapy and believe God can solve all problems.

“I have patients who were kicked out of churches because they had to be hospitalized (for mental health problems),” Finney said.

The media has also shaped the way African Americans look at mental wellness. Up until recently, going to a therapist was portrayed as something only wealthy, White people did. You rarely saw movies or TV shows featuring African Americans struggling with mental health issues.

Finney also pointed out drug and alcohol problems are often indicators people are dealing with untreated mental health problems by self medicating. Bipolar disorder sufferers often turn to alcohol to decrease the mania, Finney said. She praised the way “Empire” showed the effects of Andre going off his medication, which is a common occurrence among people who suffer from bipolar disorder.

“Once people feel good, they stop taking the medication,” she said.

Finney, who worked as a clinical psychologist for 20 years, now teaches social workers. She has treated Black patients, but even as a Black mental health worker, she had to work to gain her patients’ trust and eventually win them over.

According to Finney, Post Traumatic Stress Disorder (PTSD) is a common issue among African Americans, especially people coming from violence-plagued communities. PTSD is also a condition that affects many African American veterans such as Charles Orr, a retired Navy SEAL who lives in San Diego.

Orr, who grew up in Los Angeles in the early 1950s, was involved in gangs as a youth. He joined the military to escape gang life and wound up doing three combat tours in Vietnam.

Even though the Vietnam war ended more than 40 years ago, Orr is still dealing with the effects of PTSD. He said when you send young men and women off to war, they spend the rest of their lives dealing with the after effects. According to Orr, some veterans have flashbacks which can be triggered by sounds and smells.