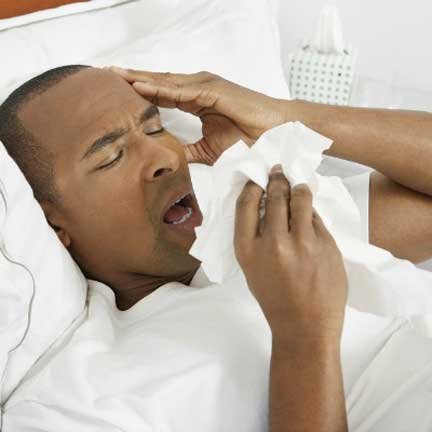 Nineteen-year-old Diyon Clark has relied on the state’s medical insurance safety net all of his life.

Having Medi-Cal has allowed Clark, a resident of the San Fernando Valley, to receive emergency care, routine checkups and medications whenever needed. Two years ago, at no cost to him, he underwent an expensive surgical procedure on his left shoulder.

However, beginning last spring, the college student endured one of his biggest pains yet: Attempting to renew his Medi-Cal coverage—at a time when Obamacare delivered transformative change, yet resulted in new and often-complex processes that can be burdensome to navigate.

“It was extremely difficult,” said Clark. “The process I went through by myself took about three months before I gave up.”

Clark isn’t alone in feeling the frustration caused this year by the Medi-Cal renewal process. Many enrollees in the state’s low-cost health plan are having unusual difficulty renewing their annual coverage, said Annie Carney of the California Endowment and Asegurate Campaign.

“The process to renew Medi-Cal coverage is incredibly complicated,” she wrote in an emailed letter under the subject line: “VOICE YOUR SUPPORT: Give California’s Families the Medi-Cal Renewal Assistance They Need.”

She wrote: “The 8 million Californians who enrolled in Medi-Cal prior to the [Affordable Care Act] are required to fill out a new set of complicated renewal forms just to stay in the program.”

To combat this problem, the California Endowment offered the state $6 million in private funds, which could be matched by the federal government, to help finance trusted, on-the-ground community organizations willing to assist people with Medi-Cal renewals. The offer came in June with its own legislation, Senate Bill 18, which would require the Department of Health Care Services to accept the contribution. Currently, the bill remains mired in debate among lawmakers.

In the Aug. 14 email, Carney said that Gov. Jerry Brown’s administration had declined the money. Calling the Medi-Cal renewal system broken, she urged supporters to contact Brown’s office and voice their desire that the state accept the funds.

“Furthermore, there has been no training for community-based organizations to assist Medi-Cal enrollees with these new renewal forms,” she wrote. “California’s health centers, community partners and county offices do not have the information they need to help people renew. … Californians deserve assistance to keep their coverage and stay healthy.”

Medi-Cal offers healthcare benefits at either no or low cost. The coverage funds a prevention-oriented approach that promotes well-being through 21 managed and county-specific health plans such as Anthem Blue Cross, L.A. Care and Molina.

The low-income health program is open to anyone over the age of 18 and earning less than 138 percent of the federal poverty level—meaning $15,856 for a one-person household and $32,499 for a family of four. According to data from the San Francisco-based Public Policy Institute of California, as of 2011 the poverty rate in California was 16.9 percent. African Americans have a poverty rate of 24.2 percent—the highest in the state.

Anthony Cava, a spokesman for the Department of Health Care Services, said his agency is working closely with counties to address Medi-Cal members’ concerns about the renewal process. He said the department delayed annual renewals from January to June, and is taking a “phased-in” approach.

“In addition, we are working with stakeholders and federal officials to finalize a revised, streamlined approach with counties for the remainder of 2014 renewals,” he said. “We want to minimize the number of members who do not return the form.”

Citing department policy, Cava said he could not comment on the Foundation’s donation offer. “Regarding internal resources to help people renew for Medi-Cal,” he said, “we are looking at what is needed and redirecting staff to get the job done.”

Elizabeth Landsberg, director of legislative advocacy at the Sacramento-based Western Center on Law & Poverty, said she hopes the Brown administration will reconsider the Endowment’s offer. “If you look at the form it isn’t very user-friendly,” she said of the Medi-Cal enrollment paperwork. “It wasn’t very well-designed. Also, people aren’t used to answering questions about tax information for Medi-Cal,” as is required by Obamacare.

As that process was being used to determine something called “Modified Adjusted Gross Income,” Clark’s attempts to re-up with Medi-Cal zigged and zagged through most of the summer. Then came a sudden complication: a wounded rotator cuff, a serious injury that necessitated additional surgery on his shoulder.

He added: “I don’t even want to discuss the paperwork.”

Finally, Clark received the verdict: He earned $50 too much in salary to qualify for Medi-Cal. He covered again at the beginning of this month, but only after obtaining it through his mother’s plan.

“It just kicked in,” said Clark, who holds two part-time jobs and is now hoping to return to the doctors who have been caring for him. “Now I have to get my Kaiser renewed—because when I couldn’t get Medi-Cal, Kaiser dropped me.”