‘In the war on drugs, which side is the CIA on?’ 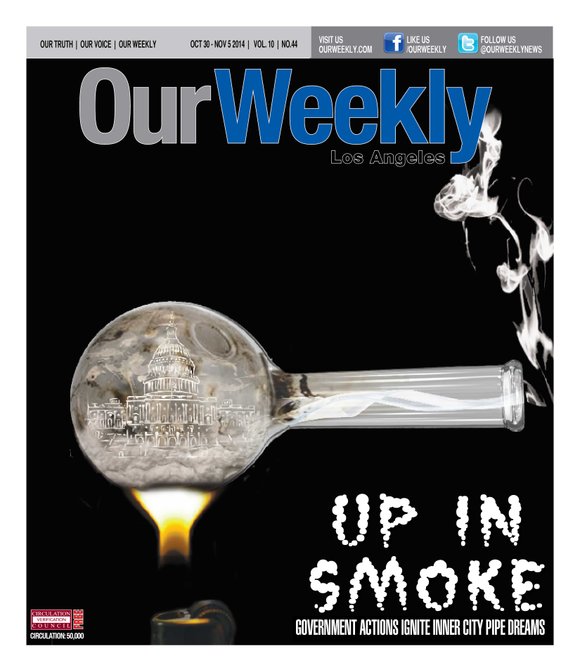 The Hollywood film industry has churned out two movies this month covering the crack cocaine epidemic that ravaged Black communities in the 1980s. One, a docu-drama produced for the big screen called “Kill the Messenger,” and the other is a documentary titled “Freeway: Crack in the System.”

During this tragic time in history, the Central Intelligence Agency (CIA) apparently turned a blind eye as a subsidized micro-war was financed by importing drugs into the inner city. But “funding war with drugs” wasn’t a new strategy said Sen. John Kerry in 1988 during a congressional deposition. The end result was inadvertently creating a pipeline that would subsequently feed drugs into Black ghettos.

The relationship between drugs, guns and the Office of Strategic Services (OSS, precursor to the CIA) was first established in 1943 during World War II to protect the United States Army that was invading Italy and to provide military intelligence about strategic entry into the country.

At the time, Italians were attempting to topple the Mussolini government. In the European Theatre under Supreme Commander and future President Dwight Eisenhower, the Allies had begun to prep for invasion of the Nazi regime by way of Italy.

Mafia drug kingpin Lucky Luciano assured his drug-running contacts that the U.S. had no intention of disrupting their business during its amphibious invasion, according to a Department of Defense journal.

At the same time, the U.S. wanted to protect its Eastern ports from German sabotage. This was done by cultivating Luciano, who controlled the U.S. ports on the East Coast, said Victor L. Marchetti Jr., former special assistant to the deputy director of the CIA, during the Kerry deposition.

In return for preventing Axis sabotage and assisting American landings in the Italian Campaign, Luciano (who had been convicted of racketeering) was given an abbreviated sentence, and allowed to immigrate to Sicily, according to Marchetti.

Once in Italy, Luciano helped keep communism out of the nation by using physical force and intimidation. As a thanks, official records say America turned a blind eye to his drug activities which directly impacted Black ghettos.

While American ghettos may not have been specifically targeted by the United States government, the poor socio-economic conditions there made it more likely that the illegal drug pipeline would eventually lead to these neighborhoods. Research has historically found that oppressed people often look for ways to numb their suffering by self-medicating themselves.

America’s greater interest in defeating the Nazis and later suppressing communism allowed drugs to ravage Harlem between 1943 and 1970s. The illegal narcotics trade became such a powerful destabilizer of Black ghettos on the East Coast that screenwriter Mario Puzo alluded in the Hollywood blockbuster “The Godfather.”

“I don’t want drugs. It’s a dirty business.. but, if you just have to sell drugs.. only sell ‘em to the Darkies... they’re animals anyway, so let them lose their souls.”