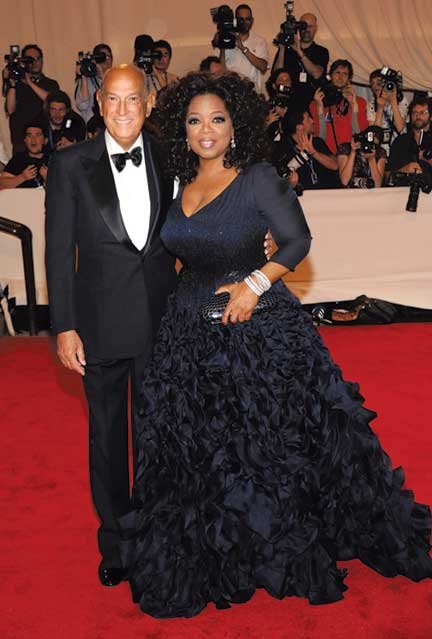 Legendary fashion designer Oscar de la Renta, who spent half a century putting high society in haute couture, has died. He was 82.

The man—often described as the “sultan of suave"—dressed every first lady since Jacqueline Kennedy. Among those whose glamor factor his dresses jazzed up: Oprah Winfrey, Chanel Iman and, more recently, star of ABC’s hit drama “Scandal,” Kerry Washington.

“We will always remember him as the man who made women look and feel beautiful,” former first lady Laura Bush said late Monday night. De la Renta designed the wedding dress for her daughter, Jenna.

The cause of his death, which was announced by close family friends and industry colleagues, was not immediately clear. He was diagnosed with cancer in 2006, but said last year he was “totally clean.”

“The only realities in life are that you are born, and that you die,” he told an audience at New York’s 92Y “Fashion Talks” series in June 2013. “We always think we are going to live forever. The dying aspect we will never accept. The one thing about having this kind of warning is how you appreciate every single day of life.”

And what a life he lived.

“He was a true, true gentlemen, in the truest sense of the word—a real bright light—and this is just a terrible, terrible loss for the fashion world,” said Alina Cho, fashion journalist and editor at large at Random House.

As a tribute to de la Renta and in recognition of the evolution of Black women in fashion, we have chosen to highlight some standout designs from the fashion icon.

CNN’s Saeed Ahmed and Dana Ford contributed to this article.