Played key roles in advancing the rights of minorities 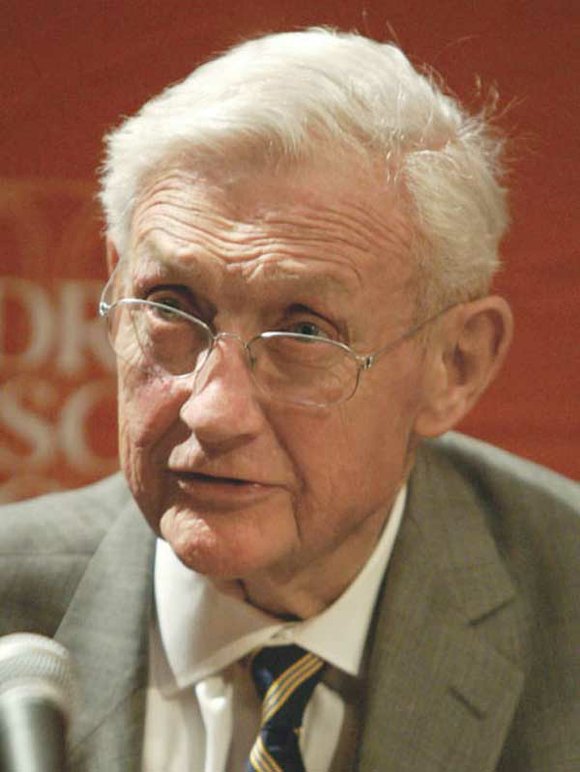 John Doar, who handled critical civil rights cases in the 1960s and was awarded the Medal of Freedom by President Barack Obama in 2012, has died in New York City, from congestive heart failure. He was 92.

Doar, who described himself as a “Lincoln Republican,” rose to the position of assistant attorney general, or top lawyer in charge of the department’s Civil Rights Division, and challenged discriminatory policies in Southern states that curtailed minority access to the voting booth and state universities.

He worked for the federal government at the height of the Civil Rights Movement, and played important roles in some of the pivotal moments of that cause.

In 1962, Doar escorted James Meredith onto the campus of the University of Mississippi, even as then-Gov. Ross Barnett and angry crowds sought to keep the school segregated. He helped Meredith settle into his dormitory on a campus roiled by violent riots that left two dead.

He later was the lead prosecutor in the federal trial arising from the deaths of three civil rights workers—Andrew Goodman, James Chaney and Michael Schwerner—who were killed in 1964 while in Mississippi to help Blacks register to vote.

He also prosecuted Collie Leroy Wilkins for federal civil rights violations in the murder of Viola Liuzzo, gaining conviction by an all-White jury in Alabama. In 1963, Doar confronted and calmed an angry mob after the assassination of civil rights leader Medgar Evers, murdered outside his home.

Doar would later contribute to drafting the Civil Rights Act of 1964, which Lyndon Johnson signed to try to enforce constitutional rights for all citizens.

In March 1965, Doar was the first to arrive in Montgomery, Ala., during the third Selma-to-Montgomery marches. He walked into Montgomery half a block ahead of the march in his capacity as assistant attorney general.

He returned to service in 1974, appointed as Chief Counsel for the United States House Committee on the Judiciary, which was then investigating the Watergate scandal and preparing articles of impeachment against President Richard Nixon. Doar then started his own law firm in New York City: Doar, Rieck, Kaley and Mack.

He is survived by his son, Robert Doar, a former Commissioner of the New York City Human Resources Administration.