Mental illness remains one of nation’s most acute, misunderstood diseases

May is Mental Health Awareness Month 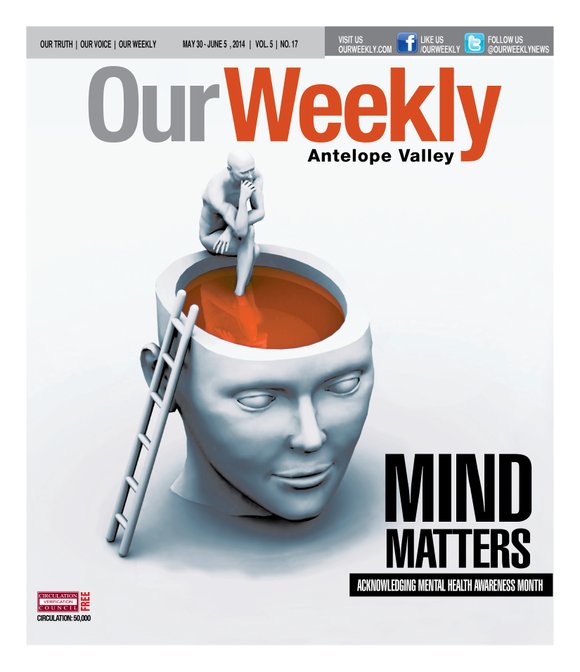 The mystery of mental illness has perplexed society since the dawn of man. Modern scientists, mental health professionals and, most important, the troubled individual and their families have had to grapple with the causes, effects, medical treatments and how to care for the person whose daily life is often confined within a sphere of confusion, anxiety and separation from society.

Until the second half of the 20th Century, these persons were traditionally shunned and institutionalized “for their safety and the safety others” and allowed to languish within a private hell that they were never allowed to articulate. They were also made to feel ashamed of their plight.

A “mental illness,” as defined by the Centers for Disease Control and Prevention (CDC), recognizes “collectively all diagnosable mental disorders” or “health conditions” that are characterized by alterations of thinking, mood or behavior associated with distress and/or impaired functioning.

Although May has been proclaimed National Mental Health Awareness Month, the ongoing work and research involved in uncovering the causes and developing treatment strategies for the mentally ill is an infinite charge for caregivers.

Family and friends who set out to help a loved one find their way to a “peaceful” life are often met with insistence (by the patient) that “everything is fine.” Pressing the matter usually leads to further alienation and hostility. When things become unbearable for the concerned party, a call is often made to police or a local mental health facility exclaiming: “something is very wrong”...“she’s not herself” or...“can you help?”

The most common form of mental illness would include depression, anxiety disorder, bipolar disorder, schizophrenia and what has been diagnosed of late as “frequent mental distress.” The World Health Organization reported in 2012 that unipolar depression was the world’s third most important cause of “disease burden;” meaning that this form of mental illness is among the most frequent maladies to strike mankind. The CDC that year reported 6.7 percent of American adults experience a major depressive episode each year. Worldwide, it would appear that women suffer most from depression (11.7 percent) with men being diagnosed at 5.6 percent. Ethnic differences find depression most prevalent among White persons (6.52 percent), followed by Latinos (5.17 percent) and African Americans at 4.57 percent. The economic burden of mental illness, reports the CDC, in 2012 exceeded $450 billion in the United States.

Anxiety disorder may be most common

The median age for onset of bipolar disorder is 25 years, and it has a lifetime prevalence somewhere between four and five percent with men usually diagnosed at an earlier age than women. Bipolar disorder has been deemed the most expensive healthcare diagnosis, costing more than twice as much as depression per affected individual. For every dollar allocated to outpatient care for persons with bipolar disorder, the CDC estimated that $1.80 is spent on inpatient care suggesting that early intervention and improved prevention management may decrease the financial impact.