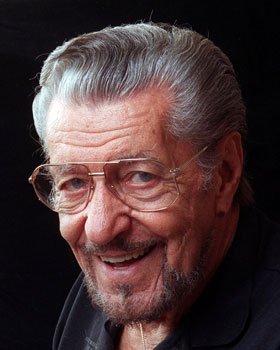 Herbert “Herb” Jeffries, famed Jazz vocalist and screen actor known affectionately as the “Bronze Buckaroo” in a collection of Black 1930s Westerns, died of heart failure recently at West Hills Hospital and Medical Center in Los Angeles. He was 100.

Born in Detroit to a multi-racial couple, Jeffries is often touted as the only Black singing cowboy star in Hollywood history. More recently, after the deaths of Gene Autry, Roy Rogers and others, Jeffries was dubbed the “last of the singing cowboys.”

Occasionally billed as Herbert Jeffrey, he starred in four Westerns intended for Black audiences from 1937 to 1939: “Harlem on the Prairie,” “Two-Gun Man from Harlem,” “The Bronze Buckaroo” and “Harlem Rides the Range.”

Armed with a baritone voice and good looks, Jeffries’ versatility in music attracted a loyal Jazz following, but segregation in the film industry handicapped his movie career.

Jeffries struck gold with Jazz pioneer Duke Ellington as the vocalist on “Flamingo,” recorded in 1940 and later covered by a White singer, the popular vocalist Tony Martin.

Other songs he did with Ellington were “There Shall Be No Night” and “You, You Darlin’.”

“The camaraderie in his band was like a bunch of guys in college,” Jeffries recalled in the book “Off the Record: An Oral History of Popular Music.”

“Ellington had a knack for developing talent and stars. He was more like a father to me than a boss.”

Jeffries, legally named Umberto Alexander Valentino, once characterized himself during an interview as “three-eighths Negro,” demonstrating proud allegiance to his ancestry during a period in time when many other fair-skinned Black performers were attempting “to pass” as Caucasian in an effort to enhance their commercial appeal.

In stark contrast to his peers, Jeffries used make-up to darken his skin in order to pursue a career in Jazz and to be seen as employable by the leading all-Black musical ensembles of the day.

Jeffries told American Visions, a publication on African American culture, in 1997 that he was inspired to acquire funding for his cowboy movies after witnessing a Black boy crying because other children with him “wouldn’t let him play cowboy. But in the real West, one of every four cowboys was Black.”

Raymond Strait, who worked with Jeffries on his not-yet-published autobiography titled “Color of Love,” said Jeffries recently underwent several surgeries that “just wore him out.”

He added that Jeffries “believed in one world and one people and was one of the most generous people I’ve ever met. He was always funding something or doing something for kids.”

Jeffries is survived by his fifth wife, Savannah; three daughters; and two sons.