LAUSD Arts Fest in the Park a huge success 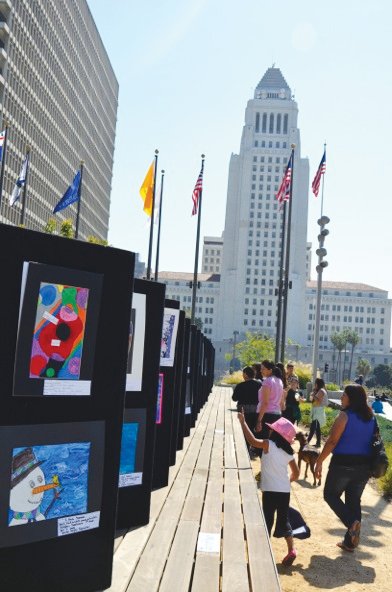 The idea for the Arts Fest came from Hamilton High School freshman, Jordyn Sacino, who asked the question: ‘Why not use art to save art?’ Last year, LAUSD challenged its students in the “My Bright Idea” challenge to come up with programs they would like to see in the district that promotes positivity. Jordyn’s suggestion towered above the rest.

The March 15 event at Grand Park was a culmination of a two-week festival celebrating the arts. From March 1-14, schools across the district held school-site events that featured student musical, dance and theatrical performances.