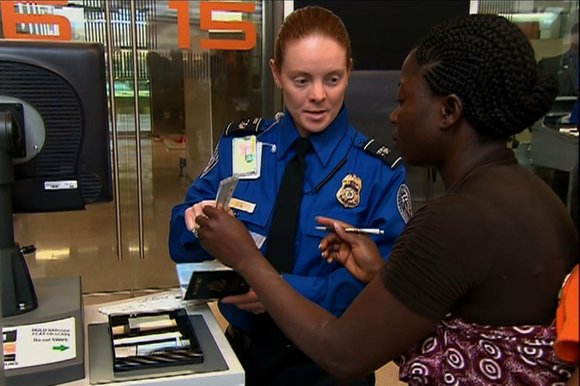 It took years to get through -- an increase in the fee airline passengers pay for airport screening and other government-run aspects of aviation security.

It takes effect this summer but now already President Barack Obama wants those who travel by air to pick up even more of the security tab.

For more than a decade, the so-called 9/11 fee has been $2.50 for a one-way ticket -- or $5 with one or more connections. On a typical round-trip flight with connections, the maximum was $10.

Under a bipartisan budget deal signed into law by Obama in January, passengers will pay $5.60 one-way, regardless of connections, beginning July 1. That brings a round-trip fee to $11.20.

Now Obama is proposing to raise the fee to $6 for a one-way trip, or $12 for the typical round trip.

The increase, the administration says, will make the fees "more closely reflect the costs of passenger screening and other aviation security services."

The security fee currently brings in about $1.7 billion a year in revenue.

By law, the first $250 million is set aside for a fund that provides airport facility modifications and certain security equipment, according to the House Budget Committee.

The remaining amount goes to the Transportation Security Administration, but covers only about 30 percent of the agency's aviation-related security costs.

Under the current budget plan, the higher fee will raise that number to about 43 percent of the total cost.

It is unclear what percentage of the total cost will be covered if the $6 fee becomes standard. But it's also unclear what parts of Obama's budget proposals will be adopted, if any.

The Bush and Obama administrations sought for years to raise the fee without success, making the request a staple of annual budget proposals.

They were resisted by key lawmakers and the airlines, who consider aviation security a national security priority that government should cover.

But Republicans slowly warmed to the idea of a fee increase as a way to cut government spending in an era of fiscal austerity.