10-year-old suspended for making fingers into shape of gun

Dad says he was "goofing off" with friends 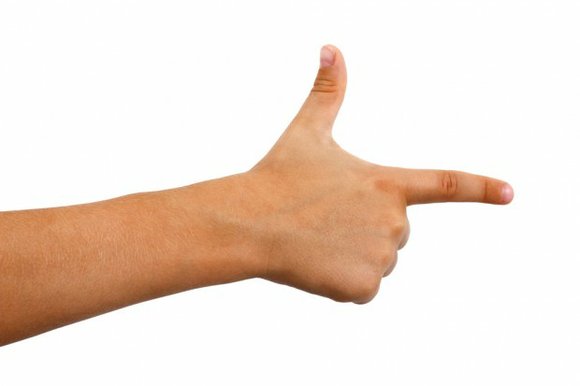 Ten-year-old Nathan Entingh doesn't understand why he got suspended from school for three days.

According to his father, Paul Entingh, one moment the boy was "goofing off" with his friends in fifth-grade science class, and the next the teacher was taking him out of the classroom, invoking Ohio's zero-tolerance policy.

The offense? Nathan was "making his fingers look like a gun, having the thumb up and the pointed finger sticking out," said Entingh, describing the February 26 incident.

"He was pointing it at a friend's head and he said 'boom.' The kid didn't see it. No other kids saw it. But the teacher saw it," he said. "It wasn't threatening. It wasn't hostile. It was a 10-year-old kid playing."

The next morning Paul Entingh escorted his son Nathan to the principal's office, where they met with Devonshire Alternative Elementary School Principal Patricia Price.

"She said if it happened again the suspension would be longer, if not permanent," said Entingh, who also received a letter explaining the reason for Nathan's suspension as a "level 2 look alike firearm."

The letter, which Entingh shared with CNN, read, "Nathan put his fingers up to another student's head, simulating a gun, and said, 'BOOM,' "

Price "has been warning the students for some weeks," said Warner. "We've had a problem at this school. The boys have gone around fake shooting and making paper guns at class. It's inappropriate. She has sent notes to parents for the past three weeks alerting them of the problem."

Entingh said he never received a notice, but was aware of school authorities telling students, including Nathan, that any gun-related behavior would have serious consequences.

"I don't know if it's to the point it happened so much they needed to punish somebody to set an example. I don't know, it blows my mind," said Entingh.

Warner acknowledged there was likely no ill-intention in Nathan's actions. "I know he (Nathan) felt it was funny and in jest, but the teacher felt it was inappropriate given the warnings that were given."

Warner said Nathan wasn't singled out as an example, but that his was the first incident after Price gave "her final notice last week."

Ohio's "zero-tolerance" rules in public schools came under attack in January when state Sen. Charleta Tavares introduced bill SB 167 to reverse or reform the original 1998 law introduced as part of SB 55. The 1998 bill mandated schools "adopt a policy of zero tolerance for violent, disruptive, or inappropriate behavior, including excessive truancy."

SB 55 also called for schools to "establish strategies to address such behavior that range from prevention to intervention," but Tavares believes schools have opted for punishment strategies instead.

"We have moved away from common sense, ensuring that the punishment fits the infraction," said Tavares. "We should maintain the highest form of punishment which is expulsion or suspension to those cases that cause the most harm."