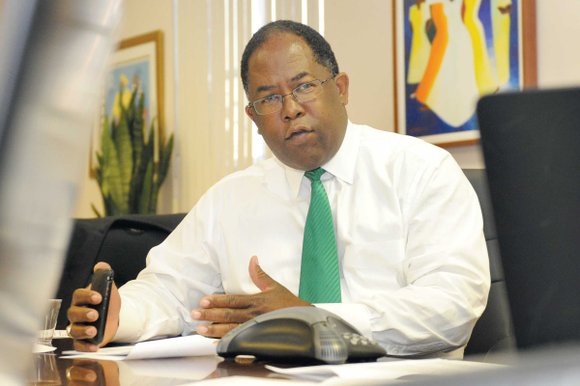 The Los Angeles County Board of Supervisors this week postponed voting until Sept. 6 on a motion authored by Mark Ridley-Thomas (Second District) to allocate $20 million to fund diversion of persons with a mental illness away from jail and into community treatment programs.

Ridley-Thomas has said that while the county tentatively plans to spend about $2 billion on constructing a new jail and renovating the Twin Towers facility downtown—much of the renovation will be geared toward housing mentally ill inmates—the county can set aside as much as $3 million through 2016 for diverting such offenders.

“The proposed investment in diversion is inadequate,” Ridley-Thomas said.

There has been broad support for such a plan heralded by law enforcement, community service providers and prosecutors, including Los Angeles County District Attorney Jackie Lacey, who said this month before the Board of Supervisors, “People with mental illness are often dumped back into the street after being stabilized in medical facilities or jails. There is a moral question at hand in this process. Are we punishing people for simply being sick? Public safety should have a priority, but justice should always come first. Warehousing people with mental illness in our jails is inefficient, ineffective and inhumane.”

With the jail system in Los Angeles County severely overcrowded, diversion toward mental healthcare may make financial sense and could improve public safety; the latter benefit could be a result of less man hours by police and sheriff’s deputies in arresting and housing those mentally ill homeless persons who may pose a threat to the general public and, regrettably, force law enforcement to take life-threatening measures when they encounter someone in public. Many of such individuals may have been previously incarcerated and may fail to yield to law enforcement directives when questioned.

In June, the U.S. Department of Justice sent a letter to Los Angeles warning of a “sub-constitutional” quality of care for mentally ill offenders, and a high number of inmate suicides. The Justice Department suggested the county look into alternatives to jail to reduce the inmate population.

As well, county officials are looking into how to care for an increasing amount of children with mental illness. A UCLA study last week found that only one-quarter of California children aged 4-11 with mental health needs receive treatment. The study, based on a 2007-2009 survey of parents, found that approximately 300,000 California children may suffer from mental illness and have never seen a mental health practitioner. The study discovered that, while more than 90 percent of these children reportedly had health insurance, 70 percent went without treatment.

“When we think of access (to health care) as having insurance, these children have access,” said Dr. Imelda Padilla-Frausto, lead author of the study. “The fact that they aren’t getting mental health treatment suggests that there are other barriers besides health insurance.” She said among the barriers that may prohibit children from receiving a mental health evaluation are: challenges with navigating the healthcare system, [cultural] stigma associated with seeking mental health treatment, bullying from peers, and language difficulties.

The study found that among children whose parents were not proficient in English, 89 percent of children with a mental illness went without health treatment, compared with 67 percent of those from English-speaking households. “Eliminating barriers to early treatment,” Padilla-Frausto said, “may help children avoid more serious mental disorders later in life.”

The National Institute of Mental Health (NIMH) estimates that nearly 5 million children in the United States have some type of serious mental illness (one that significantly interferes with daily life) and up to 20 percent of American children under 10 years will likely be diagnosed during their teen years with a mental illness. Because children differ from adults in that they experience many physical, mental and emotional changes as they progress through their early years, NIMH experts say a diagnosis of a mental disorder must consider how a child functions at home, within the family, at school and with peers to determine if mental illness may be present. The child’s age and symptoms should also be taken into consideration.