Hepatitis has major impact on Blacks 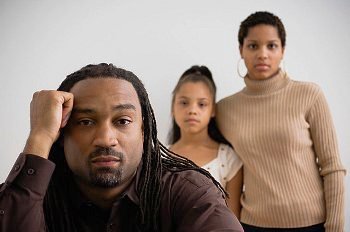 Like so many other medical maladies, hepatitis C (HCV) is having a disproportionate impact on African Americans. According to the Centers for Disease Control and Prevention (CDC), which joined forces with National African American Hepatitis C Action Day on July 25, African American baby boomers are twice as likely to have the disease as others their age, and while 55-85 percent of individuals in the general population become chronically infected, the rate is 87-95 percent for Blacks.

Boomers were born between 1945 and 1965, and the CDC recommends that all boomers be tested for hepatitis C.

What make the situation even more problematic is that 75 percent of the 3.2 million Americans with HCV are unaware that they have been infected.

According to OraSure Technologies Inc., maker of an at-home test kit, people who have hepatitis C often do not feel sick until liver damage is advanced, which can be up to 30 years after infection.

The disease is spread through contact with the blood from an infected person, and those at risk for contracting the infection include:

• Injection drug users including those who have injected or shared drug equipment only one time years ago;

• People who received donated blood, blood products or organ transplants prior to 1992;

• Those who may have been exposed to blood after a needle stick or sharps injuries;

• Children born to HCV-positive women and;

• All HIV-infected patients. About 50-90 percent of HIV-infected persons who use(d) injection drugs are also infected with hepatitis C.

If symptoms occur, the average time is six to seven weeks after exposure, but this can range from two weeks to six months. However, many people infected with the hepatitis C virus do not develop symptoms.

If a person has been infected for many years, his or her liver may be damaged. In many cases, there are no symptoms of the disease until liver problems have developed.

Approximately 70-80 percent of people with acute hepatitis C do not have any symptoms. Some people, however, can have mild to severe symptoms soon after being infected, including:

According to the CDC, chronic hepatitis C is a serious disease that can result in long-term health problems, including liver damage, liver failure, liver cancer, or even death. It is the leading cause of cirrhosis and liver cancer and the most common reason for liver transplantation in the United States. Approximately 15,000 people die every year from hepatitis C-related liver disease.