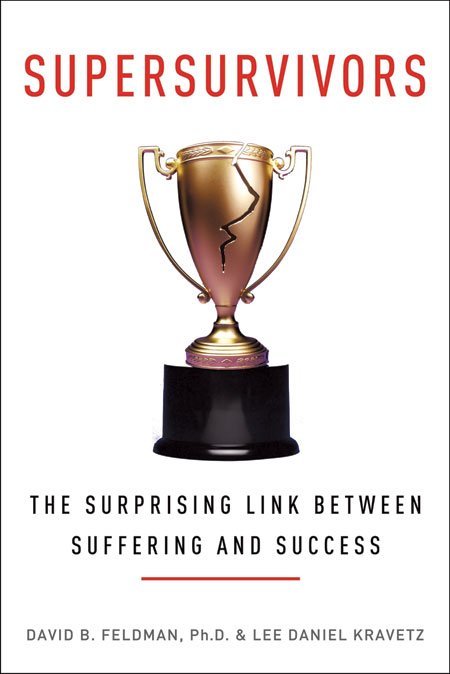 You’re not sure if you’ll ever recover.

The loss of job or a business. The loss of a lifelong dream. The loss of your health or the life of someone you love. Without a doubt, you’ll never be the same. It’s the worst thing that could ever happen to you.

Some 13 million people, world-wide, are diagnosed each year with cancer. Around 10 million suffer brain injuries. Fifty million survive traffic accidents. The U.N. says that one-third of the worlds’ women will be abused at some point in their lives. About 25 percent of these people will suffer from PTSD.

Yes, bad things happen to good people and trauma occurs somewhere daily. “Suffering is real,” the authors point out, but so is resiliency. Some folks, however, don’t just bounce back; they “bounce forward…”

The authors call them “supersurvivors"—people who “refocus their energies” after a traumatic, life-altering event to achieve “some degree of positive change” from it. Their worst-case scenario turns around to become their best.

Undoubtedly, they’re urged to think positively, but they don’t rely on it and may reject it completely in order to think realistically with “grounded hope.” They’re often told not to give up, but they understand that quitting is sometimes the only way to move forward. They acknowledge risk but utilize “comparative optimism” to carefully choose what happens next in life. Their belief in controlling their own destiny motivates them when they fail.

Supersurvivors often hold a different “assumptive worldview” than most of us, and are able to “accommodate” a new normal within an old life. They look deep into beliefs of a higher power, and make peace with what they find. They have a strong support system, whether perceived or real. And supersurvivors know that forgiveness is essential for moving on—especially if it means forgiving themselves.

Is it true that that which does not kill you makes you stronger? The answer might lie inside studies and anecdotes gathered and presented inside “Supersurvivors.” And it might irritate you.

That’s because authors David B. Feldman and Lee Daniel Kravetz, who stress that they’re not trying to minimize anyone’s trauma, use science and research to blow apart old (and potentially ineffectual) advice for coping with tragedy. Advice, it seems, isn’t really all that helpful: I noticed that, ultimately, each individual profiled in this book—from athletes to Civil Rights leaders, soldiers to war survivors, accident victims to survivors of natural disasters—came to their own resolution for suffering that often had little to do with conventional thinking.

And that’s part of what’s so intriguing about this book, that “every one of us has the capacity to be super.” And if you want to learn how, or learn how others have found that ability, “Supersurvivors” is a book you should uncover.