High blood pressure may protect the very old from dementia

But it’s too early to recommend any change in treatment, researcher says 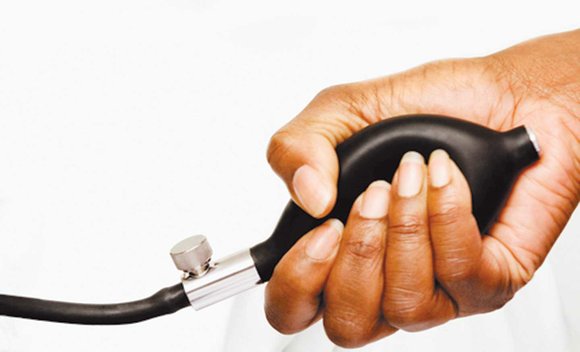 New research suggests high blood pressure may not be all bad. Elevated levels might help to stave off mental decline among the extreme elderly, a U.C. Irvine study suggests.

The finding follows a decade spent tracking high blood pressure and dementia among 625 men and women aged 90 and up.

Those with the highest blood pressure levels were the least likely to have dementia, the researchers found. But that doesn’t mean older people shouldn’t try to control elevated blood pressure, they said.

“On the basis of this work, we are absolutely not recommending that high blood pressure not be treated among the elderly,” said study co-author Maria Corrada, an associate adjunct professor in the department of neurology at the University of California, Irvine.

“What we are saying is that from observing a group of very old people we now have some evidence that developing high blood pressure at a late age may be helpful in terms of maintaining intact thinking abilities,” she said.

The reason behind this association isn’t clear, Corrada said. “It could be that high blood pressure improves the blood flow to their brain ... But we don’t know. It will certainly require more study to better understand the mechanism behind this.”

The study didn’t prove that high blood pressure leads to improved mental acuity among the very old, it just found a link between the two.

Corrada and her colleagues are scheduled to discuss their findings this week in Copenhagen, Denmark, at an international meeting of the Alzheimer’s Association. Research presented at meetings is considered preliminary until published in a peer-reviewed medical journal.

Almost seven in 10 participants were women, and at the start of the study none had dementia. All underwent an initial battery of mental health and neurological testing, as well as blood pressure assessments.

Then, for up to 10 years, all participants were re-evaluated every six months.

Overall, 259 were diagnosed with dementia. And nearly three-quarters took some form of medication to control high blood pressure, which is linked to heart disease and stroke.

Even those whose blood pressure was slightly elevated—called “pre-hypertension”—had a lower risk for dementia than those with normal blood pressure, the study found.

This led the research team to conclude that high blood pressure seems to be associated with a lower risk for dementia among the extreme elderly. Moreover, the worse a person’s blood pressure status is, the better their thinking capacities, the researchers said.

Catherine Roe, an assistant professor of neurology at Washington University School of Medicine in St. Louis, said the findings seem to “fit with what we know about high blood pressure.”

“High blood pressure during middle-age is a risk factor for later development of dementia,” Roe said. “That’s pretty clear from past research. But the study results have been mixed on whether high blood pressure for people in their 60s and 70s is related to cognition problems or not.” Cognition refers to thinking and memory.

Perhaps people who live to very advanced ages have a kind of “super health” that helps them withstand the impact of high blood pressure, she suggested.