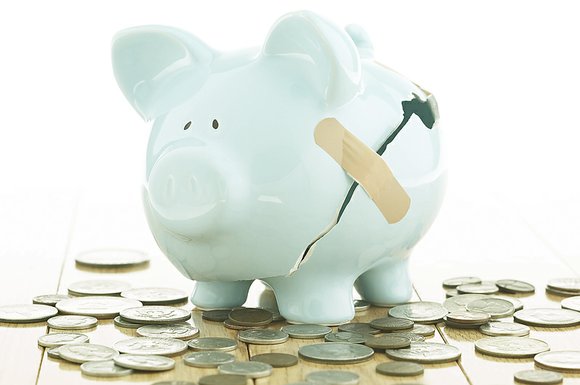 You don’t have to come from a wealthy family, have the next billion-dollar idea or work 18-hour days to become rich, says self-made millionaire Mike Finley.

“You don’t have to be extraordinary in any of the headline-grabbing ways; what you need is the self-awareness to avoid wasting money on short-term, retail-priced happiness,” says Finley, author of “Financial Happine$$,” (www.thecrazymaninthepinkwig.com), which discusses his journey to financial literacy and the principles and practices that allowed him to retire from the Army a wealthy man.

“Money used wisely can give you the financial security associated with the good life.”

Finley lists 10 of the most common money traps that lead to consumers going broke:

• Make the appearance of wealth one of your top priorities by acquiring more stuff. The material trappings of a faux lifestyle, as seen in magazines and advertisements, are not good investments either financially or in long-term happiness.

• Work a job you hate, and spend your free time buying happiness. Instead, find fulfilling work Monday through Friday so you’re not compensating for your misery with expensive habits during the weekend.

• Live paycheck to paycheck and don’t worry about saving money. Live for today; that’s all that matters. Have you already achieved all of your dreams by this moment? If not, embrace hope and plan for tomorrow. (Appreciating your life today doesn’t require unnecessary expenditures.)

• Stop your education when someone hands you a diploma; never read a book on personal finance. Just about any expert will tell you that the most reliable way out of poverty is education. Diplomas shouldn’t be the end of learning; they should be a milestone in a lifetime of acquiring wisdom.

• Play the lottery as often as possible. While you’re at it, hit the casino! Magical thinking, especially when it comes to money, is a dangerous way to seek financial security.

• Run up your credit cards and make the minimum payments whenever possible. Paying interest on stuff you really don’t need is a tragic waste of money.

• When you come into some free money, spend it. You deserve it. By that logic, you’re saying that a future version of you doesn’t deserve the money, which can be multiplied with wise investments.

• Buy the biggest wedding and the biggest ring so everyone can see just how fabulous you really are. Nothing says “Let’s start our future together” like blowing your entire savings on one evening.

• Treat those “amazing” celebrities and “successful” athletes as role models. Try to be just like them whenever possible. As far as we know, there’s only one you the universe has ever known. Don’t dilute your unique individuality by chasing an image.

• Blame others for your problems in life. Repeat after me: I am not a victim. The victim mentality is an attempt to rationalize poor habits and bad decision-making.

“If you’re feeling uncomfortable with your financial situation, don’t just sit there in a malaise of ‘If only I had more money,’ ” Finley says. “Instead, use it as motivation for a better life; that’s why the discomfort is there.”