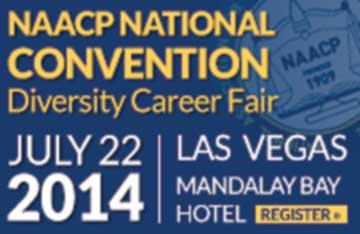 This July, the two oldest and most influential civil rights groups in the country will hold their respective national conventions just one week apart from each other.

The NAACP and the National Urban League have long histories of working for civil rights and equality, but as reflected in the program agendas of their conventions, their roads to achieving these goals take different paths.

The NAACP, headquartered in Baltimore, Maryland, was founded in 1909, and will be holding their 105th annual Convention in Las Vegas, Nevada, July 19-23. With the theme, ‘All In for Justice & Equality,’ emphasis will be on pushing back voter suppression and voting rights. Among other topics, they will emphasize the need for criminal justice reform and economic and educational equality. Other activities being held will be the ACT-SO Competition and the presentation of the Spingarn Award. A keynote speaker will be Mayor Aja Brown of Compton.

Founded as a service organization, The National Urban League (NUL), based in New York, began a year later in 1910, and has the theme, ‘One Nation, Underemployed, Bridges to Jobs & Justice,’ in Cincinnati, Ohio, from July 23-26. They will be presenting workshops in Small Business Entrepreneurship, a Career & Networking Fair, and their Women of Power Awards Luncheon. There will also be events focusing on health and quality of life, including the “Power Walk with Marc” (Morial, President of the National Urban League), home ownership and improving financial literacy. Confirmed to speak will be Vice President Joe Biden who will headline the roster of thought leaders, influencers, activists and supporters of the Urban League movement.

For organizations that were founded at the beginning of the 20th century, more than 100 years ago, it can be asked, what relevance do these groups have today?

“We push the agenda, the issues, the strategies and approaches, but at the same time, relevance is more important today than ever,” explained Hilarie Shelton, NAACP vice president of policy and advocacy. “You don’t see as many cases of dogs being sic’d [on people] in many places, but the problems of police treatment still exist. (The) challenges of the criminal justice system, voter suppression, racial profiling, disproportionate inclusion of the death penalty and gun control. The NAACP is taking on those concerns. Nearly 1,000 young people will be at the convention at our youth and college symposium, talking about gun violence and ‘Stand Your Ground’ laws.”

Shelton continued, “In terms of economics, the NAACP also strongly supports the American Jobs Act, the bill currently before the House and the Senate which will add 1 million jobs, in both public and private sectors. We support raising the minimum wage. We want to make sure that the people being put to work are as diverse as the country.”

The relevancy of today’s Urban League is reflected in a statement from their website. By putting the focus on the strategic support of their “empowerment agenda” the NUL focuses on closing the equality gaps which exist for African Americans and other emerging ethnic communities through education, economic empowerment, health and quality of life, civic engagement, and civil rights and racial justice.”

These empowerment goals are in education, jobs, housing and health.

The National Urban League is also supporting and advocating for the Urban Jobs Act. According to their website, the bill addresses education, skills and employment needs of millions of individuals who are unemployed or under-employed and face multiple barriers to employment.

One key focus of the National Urban League is their program, “Jobs Rebuild America.” This is a $100 million partnership across the public, private and nonprofit sectors to improve outcomes for job seekers, vulnerable youth and entrepreneurs in hard-pressed urban communities.

The NAACP Convention will also hold two important events. One is the ACT-SO (Afro-Academic, Cultural, Technological and Scientific Olympics), a scholastic competition for African American and Latino high school students. The competition starts at the local level, and winners showcase their projects nationally at the Convention. Created by journalist Vernon Jarrett to reflect the need of a program to move families forward to show, “we are as excited about academics, as we have been in athletics,” he stated. Among the former ACT-SO winners are Academy Award winner Jennifer Hudson and director John Singleton. Previous winning projects in the sciences have showcased robotics, computer programs and apps which monitor blood pressure and sickle cell.

The National Urban League is also holding a number of youth oriented events that will take place at their convention. The annual Youth Leadership Summit will bring together 350 young people for four days of rigorous college and career lessons, as well as leadership training. There will also be the Career and Networking Fair. This event attracts approximately 3,000 job seekers which include young professionals as well as recent college graduates from across the country. The three-day event includes social media and outreach to local professional organizations, universities and Urban League affiliate cities. It offers a variety of options for companies to participate, including a Virtual Career Fair, career-focused workshops, and industry meet ups. There is also the Speed Networking Event that connects recruiters and young professionals.

The Spingarn Medal Award, the NAACP’s highest honor, will be presented to Quincy Jones at the convention. The award is given annually to a man or woman of African descent and American citizenship for outstanding achievement. “Quincy Jones has contributed in many ways to the Civil Rights movement,” stated Shelton. “He supported initiatives, contributed financially, and helped raise money for the movement. (Among other actions) he led production efforts for, ‘We Are the World,’ not only for funding those efforts in Africa, but those in the U.S. who addressed those concerns.”

First awarded in 1914, some previous recipients of the Spingarn have been George Washington Carver, Mary McLeod Bethune, Charles Drew, Martin Luther King Jr., Bill Cosby, Colin Powell and Oprah Winfrey. Shelton concluded, “It not only speaks to where we’re from, but our vision moving forward.”

The NUL will also hold various award receptions, including their ‘Women of Power Awards Luncheon,’ which honors successful women for their trailblazing careers and the example they have set for other women in the workforce, as well as the National Council of Urban league Guilds Leadership Luncheon in which they will present their highest volunteer award.

For more information on the NAACP National Convention, see their website, http://www.naacp.org/

For the National Urban League Convention, see their website, http://nul.iamempowered.com/