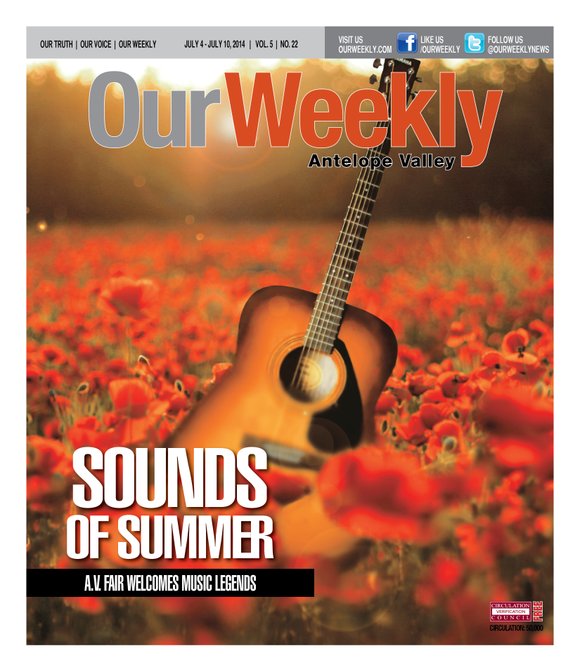 The city of Lancaster, Antelope Valley Fairgrounds and Lancaster Auto Mall will present this afternoon from 4 to 7 p.m. its annual Pro Bullriders Tour followed by the yearly Fireworks Extravaganza tonight beginning at 9 at the Antelope Valley Fairgrounds, 2551 W. Avenue H. Grandstand tickets for the rodeo range from $5 to $20 and may be used for the otherwise free fireworks show.

The festivities are a warm-up to one of the state’s most popular county fairs, the Antelope Valley Fair and Alfalfa Festival, coming Aug. 15-24 and featuring the best in Soul, Rock and Country music, automobile racing, monster trucks, livestock competitions, the popular “Rural Olympics,” practically every type of fast food imaginable and, of course, the famous midway. Tickets to the fair next month are $10 for adults, $7 for juniors age 6 to 11 years, $7 for seniors, and free admission for children 5 years and under. Parking is $5; no alcohol or pets are allowed.

The musical acts are a perfect ending to a day at the fair as the warm, scented summer nights will showcase some of the legendary acts in Soul, Funk, Rock and Country sounds.

Certainly two of the biggest selling groups in the Soul and Funk genres, Kool & the Gang and the Commodores will share the stage beginning at 7:30 p.m. Aug. 15.

Hailing from Jersey City, NJ, Kool & the Gang formed in 1964 as the Jazziacs. They began with an early “purist” jazz sound, but switched by the early ’70s to Funk and R&B. They have sold more than 70 million albums. Core members over the years include founder and bassist Robert “Kool” Bell; Ronald Bell on tenor saxophone; James “J.T.” Taylor, lead vocalist; George Brown (drums), Dennis Thomas (alto saxophone) and Claydes Charles Smith on lead guitar.

The Bell brothers were influenced at an early age by jazz legends Thelonious Monk and Miles Davis who were family friends. Kool & The Gang also excels in Jazz, Soul and Disco. Among their biggest hits of the 1970s were “Funky Stuff,” “Jungle Boogie,” “Hollywood Swingin’” and “Summer Madness.” Their top albums then included “Wild & Peaceful” and “Spirit of the Boogie.” Kool and the Gang can also be heard on the “Saturday Night Fever” album with “Open Sesame.”

The group changed their sound in 1979 with the addition of lead singer Taylor who can be heard on ’80s hits such as “Ladies Night,” “Celebrate,” “Big Fun,” “Fresh” and “Cherish.”

The Commodores met as freshmen in 1968 at Tuskegee University in Alabama. After signing with Motown Records in 1972, the group was an early opening act for the Jackson 5. They had a string of hits in the 1970s and early ’80s including “Machine Gun,” “I Feel Sanctified,” “Sweet Love,” “Fancy Dancer,” “High On Sunshine,” “Flyin’ High,” “Just to be Close to You,” “Brick House,” “Easy,” “Zoom,” “Lady (You Bring Me Up)” and “Nightshift.” Their biggest albums in the 1970s included “Caught in the Act,” “Movin’ On,” “Hot On the Tracks” and their mega-selling self-titled album from 1977 which brought them international acclaim.