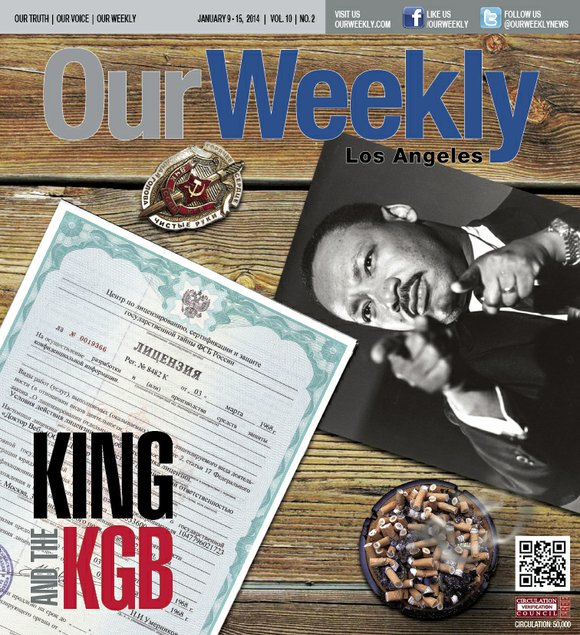 Author Note: During the Cold War era (1947-1989) both the United States and the Soviet Union fought an on going battle without bullets or bombs being used directly against the other—a type of undeclared limited war.

Both countries used third parties to fight (usually civil wars) instead of sending naval armadas or launching missiles at each other in so-called proxy wars. These battles usually took place in third world countries.

The goal of both agencies existence was to defeat or sabotage their nemesis politically, limit that country’s influence, as well as curtail it’s power in controlling world events and global resources.

On more than one occasion, Africans and African American, were pawns in Cold War strategy. The active measures utilized ranged “from media manipulations to special actions involving various degrees of violence.” They were used both abroad and domestically.

These actions included counterfeiting official documents, disinformation, propaganda, political repression, and assassinations. Most of the time, the active measures failed because the Soviets did not know our culture nor did they fully understand our politics, according to historians.

At exactly 6:01 p.m., Dr. Martin Luther King Jr. is assassinated at the Lorraine Motel in Memphis Tenn., and according to files smuggled out of the Soviet Union in 1992 by defector Vistol Mitrokin (1922-2004), a plan to replace MLK as the leader of the American Negro (Soviet title) was implemented some 5,439 miles east of Tennessee in Moscow, eight months prior to King’s assassination.

This plan to smear, discredit, or assassinate MLK by KGB agents already working secretly in the U.S. was approved by KGB Chairman Yuri Vladimirovich Andropov.

Andropov would eventually go on to become General Secretary (leader) of the Soviet Union in 1982. He was a mystery to the CIA, according to Amy Knight a former Senior Soviet Specialist in the Federal Research Division of the U.S. Library of Congress. Consequently, when he became the leader of the Soviet Union, America did not know what to expect.

Chairman Andropov director of the Soviet Union’s KGB was seated in his office located in the Lubyanka Building, a neo-baroque structure built in 1898 according to The Mitrokin Archive, a book written by Professor Christopher Andrew, Intelligence Historian at the University of Cambridge, and it is Andropov who gave the OK to implement “Active Measures” against MLK after being badgered by one of his staff, 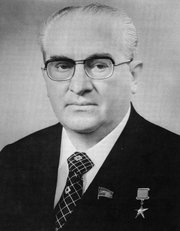 Soviet controller Yuri Modin, who came up with the plan to neutralize MLK.

Modin was responsible for stealing atomic bomb secrets from the United States Manhattan Project during the Second World War. He was one of the Soviet’s top spies, according to Professor Andrew and believed African Americans were capable of starting a nationwide race riot in the U.S., if provoked.

“In August 1967, the KGB began its operational plan to discredit King and his chief lieutenants by placing articles in the African press, which they thought would then be reprinted in American newspapers portraying King as an “Uncle Tom” who was secretly receiving government subsidies to tame the civil rights movement and prevent it from threatening the Johnson administration. This was reinforced by MLK’s practice of being in constant contact with LBJ while leading freedom marches under the admiring glare of worldwide television.

According to Mitrokhin and notes from his smuggled files on KGB operations in Los Angeles, active measures were also conducted by KGB agents during the 1965 Watts Riots also known as the “Watts Rebellion.” The Soviets believed they could exploit the violent newsreels of law enforcement agencies beating Blacks. They were planning to rebroadcast them. These scenes seemed to indicate to the Soviet, that this civil unrest was possibly the beginning of the end of the United States.

The KGB’s focus was to take advantage of the ideal environment that existed during the riot. They analyzed the hot summer night combined with flaring tempers and civil unrest, existing racial tensions, poverty, unemployment, and the social despair of the Black Los Angeles ghetto, and concluded such situations could forment chaos and possibly anarchy. But Mitrokhin felt this analyzation was indeed a miscalculation by the KGB.

The riot was documented in the Soviet Union KGB files as “causing 36 deaths, leaving 1,032 injured and causing damage estimated at more than 40 million dollars.”

The KGB seemed to have hoped that as violence intensified, King would be swept aside by black radicals such as Stokely Carmichael, who told a meeting of Third World revolutionaries in Cuba in the summer of 1967, “We have a common enemy. Our struggle is to overthrow this system. We are moving into open guerilla warfare in the United States.”

Traveling on to North Vietnam, Carmichael declared in Hanoi, “We are not reformists …We are revolutionaries. We want to change the American system.”

Having given up hope of influencing MLK who was more focused on civil rights as opposed to getting rid of imperialism, the KGB decided to replace him with a “more radical and malleable leader. In August 1967, the KGB approved an operational plan by KGB controller Modin. According to the plan, the KGB would organize several fronts to attack MLK’s credibility using resources the KGB had established in the U.S. via it’s Communist Party of the USA (CPUSA) operatives.

The KGB had, prior to attacking MLK’s credibility, implemented a program that began the publication and distribution of brochures, pamphlets, leaflets and appeals denouncing the policy of the Johnson administration on the Negro question and exposing the brutal terrorist methods being used by the government to suppress the Negro rights movement.

The KGB agents also arranged resources for leading figures in the legal profession to make public statements discrediting the policy of the Johnson administration on the Negro question.

The KGB forged and distributed through illegal channels a document showing that the John Birch Society, in conjunction with the Minuteman organization, was developing a plan for the physical elimination of leading figures in the Negro movement in the United States.

Former Russian citizen Oleg Gorelik, talked about how the situation appeared to normal soviets. He felt pursecuted in the Soviet Union and emigrated to the United States from the Soviet Union in the late 1970s because of the discrimination Jews were experiencing in that country. 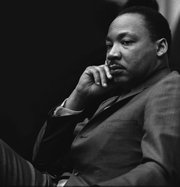 His family got out, when the Soviet Union allowed Russian Jews out due to pressures from the west. The former Russian citizen particularly remembers Pravada reports about the Watts Riots while living in the Ukraine. He also remembers Pravada describing the long, hot summers in Black ghettos inundated with looting and Molotov cocktail bombs,

He reasoned that these stories must have been important to the soviet government because they were constantly in Pravda and on Soviet government-owned radio stations. And even though the riot lasted only six days, it was portrayed in Russian media as lastig 30 days. Russians believed this was the end of the West due to the trumped up propaganda of Soviet media. He remembers idolizing the citizens of Watts for standing up for their rights. Gorelik also remembers hearing rumors of conspiracies involving the Soviet Union courting Black people like Angela Davis, the Black Panther Party and Stokely Carmichael with KGB operatives belonging to the CPUSA.

In fact, after King’s assassination, the KGB realized that the violence and rioting was what they wanted. They consequently, helped turn the civil rights leader into a martyr and spread conspiracy theories alleging that his murder had been planned by White racists with the convenience of the authorities,” said Miktrokin in his book. 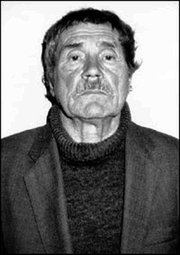 Oleg Kalugin, the one-time head of counterintelligence for the Russian KGB, told Las Vegas Eyewitness News reporter George Knap on July 5, 2001, that the civil rights movement provided more fertile ground. The Russian spy agency even planted agents within King’s circle, according to Moudin. These individual were not in King’s inner city.

Although the FBI under J. Edgar Hoover operated under the assumption that Martin Luther King Jr. was a communist, Kalugin says it wasn’t true, but he says KGB did back some of King’s jealous rivals in the movement.

“Some of our assets in the civil rights movement wanted to tarnish King’s reputation so they could take over themselves,” he said.

In the next week the country will celebrate the birthday of Dr. Martin Luther King Jr. and since his assassination, scholars, government officials, and individuals from all walks of life have attempted to answer the elusive question: “who was behind the assassination of MLK.”

His assassination remains surrounded in controversy. In 1979, following a two-year, $6 million investigation, the U.S. House of Representatives concluded that confessed assassin James Earl Ray shot King, but he likely did so as part of a conspiracy. Congressional investigators were unable to pinpoint the conspiracy, but theorized it could have involved a $50,000 bounty placed on King’s life by a group of racist St. Louis businessmen. Although the FBI and its director J. Edgar Hoover are mentioned in the report, the KGB is not. Ray died in prison in 1998 at age 70 maintaining his innocence.

“In a very strange way, it liberated his spirit from his body. At first I was angry, not at the people for killing him, but for him leaving us. Because he had a firm faith in life beyond this world. So he was not afraid of death. We used to think sometimes that, he was almost—knowing it was inevitable—but he’d say, “You don’t have anything. You’re going to die. Everybody’s going to die. You have no choice about where you die, how you die. Your only choice is what you die for.” And he had reached a point where he was determined to give his life for the poor.”