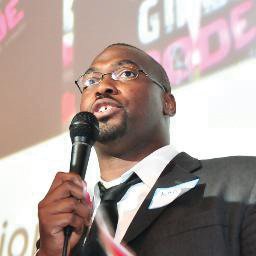 The White House honored 10 local heroes who are “Champions of Change” for their innovation in creating diversity and access in STEM (Science, Technology, Engineering and Mathematics) fields. These champions are creating opportunities for young people typically underrepresented in STEM industries by using unconventional approaches to enhance student exposure ranging from photography and film, to Hip Hop music, to coding competitions and community-based workshops.

President Barack Obama issued an executive order creating the White House Initiative on Educational Excellence for African Americans to help restore the United States to its role as the global leader in education; strengthen the nation by improving educational outcomes for African Americans of all ages; and ensure that American children receive a complete and competitive education that prepares them for college, a successful career, and productive citizenship. As part of National African American History Month, the White House Initiative honored these leaders for the work they do to make these goals a reality and to ensure even our youngest children become not only consumers in our global economy, but also creative innovators themselves.

The Champions of Change program was created as an opportunity for the White House to feature individuals, businesses, and organizations doing extraordinary things to empower and inspire members of their communities.

Kalimah Priforce, from Oakland, was among the honorees.

At eight years old, Priforce held a successful hunger strike against his Brooklyn group home to add more books to its library, which drew the attention of a community of Buddhist monks and nuns who privately tutored him until the age of 14. By 16, Priforce started his first computer tech company that primarily served low-income neighborhoods and the elderly.

After his teenage brother was shot and killed behind their childhood elementary school, Priforce formed a lifelong commitment to transforming the lives of under-served kids towards mindfulness of their path and purpose. He is the co-founder of Qeyno Labs, an education innovation startup that works with local partners and schools to close the STEM diversity gap in K-12 education by harnessing the interests of under-served youth into STEM career pathways using web and mobile-based technology and inclusive “hack-a-thons” that promote mentorship and innovation in the app space.

Qeyno recently launched the first hack-a-thon focused on Black Male Achievement in Oakland and has been featured in Essence Magazine, Jet, and on NPR’s “Tell Me More.”

Priforce is a 2013 Echoing Green fellow and one of the driving forces behind The Hidden Genius Project, an Oakland-based program that trains Black male youth in entrepreneurial thinking, software development, and user experience design.

For more information on the other “Champions of Change” program and awardees visit www.whitehouse.gov/champions.