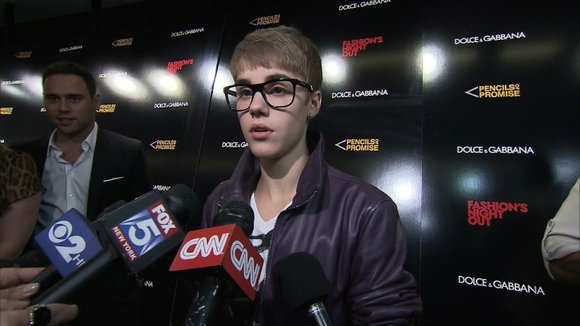 Justin Bieber and his father allegedly refused a pilot's warning to stop smoking pot during a flight from Canada to New Jersey on Friday, according to a law enforcement source.

A law enforcement official gave details to CNN about what the flight crew on the chartered jet told federal officials after they ferried Bieber and his entourage from Canada to New Jersey's Teterboro Airport. The official asked not to be identified.

Marijuana smoke was so strong in the jet's cabin that flight crew members put on oxygen masks because they were concerned they might inhale so much it would cause them to test positive for drug use, said the source.

The pilots repeatedly asked the pop star, his father, Jeremy Bieber, and other passengers to put away marijuana during the flight, according to the source. The pilot said the singer and his father were verbally abusive to the flight crew. This prompted the pilot to have the flight attendant stay close to the cockpit to avoid contact with Bieber as much as possible, the source said.

Bieber and his entourage of 10 were granted re-entry into the United States after a search of the chartered plane by federal officials, who said they detected an odor of marijuana after it landed at Teterboro Airport, a law enforcement official told CNN.

A number of federal agents from Customs and Border Protection, the Drug Enforcement Administration and Immigration and Customs Enforcement said they detected the odor, which prompted the search by drug-sniffing dogs, the source said.

No sign of drugs were detected and no illegal substances were found, a law enforcement source told CNN last week.

Bieber, a Canadian citizen living in the United States on a work visa, was detained by border agents for several hours of questioning. The interview is routinely conducted to ensure people entering the country are in compliance with U.S. law, another law enforcement source said.

Bieber, 19, was arrested last week in Toronto, accused of assaulting his limousine driver in December.

He also faces charges of drunken driving, resisting arrest and driving on an expired license after being stopped by police in Miami Beach, Florida, last month.

The Los Angeles County district attorney is considering whether to charge Bieber with felony vandalism in the egging of his neighbor's house on January 9, 2014.

CNN's Steve Kastenbaum and Jane Caffrey contributed to this report.