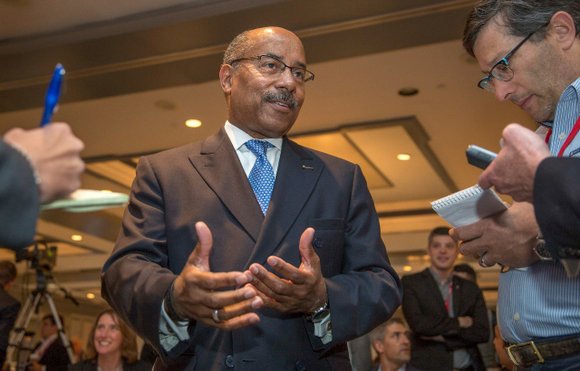 Edward T. Welburn – most of us in the automotive industry may have heard the name – but let me introduce you to the legend.

Welburn has been a General Motors employee for 35 years. He’s the current and first GM Vice President of Global Design. Yes, they actually created a VP position and title for him.

Welburn is also a true gentleman of class, hard work and lover of automotive design.

We’ve curated 10 quotes from interviews online that will make you smile, motivate you and remind you success is a slow, moderate and disciplined achievement.

Welburn was an honoree at the 2013 Trumpet Awards, and Houston Style Magazine got to chat with him at the red carpet.

10. "I always say the car is the star,” Welburn said. “…this time it’s an award I’m receiving. And I’m receiving an award for something that I enjoy doing. I have so much fun doing what I do.”

You’re a start too, Welburn. Here’s the video:

Welburn talks childhood aspirations for design, in addition to his rookie years at GM in the following Hagerty Classic Cars video.

9. The first thing I worked on – and it was just a little project, they always give the rookie something small – was to design a tail lamp for a Pontiac,” he said. “I was so excited for designing the tail lamp. That’s all it was.”

Quote number three is also from the 2013 interview. Welburn talks about one of his first orders as vice president: remaking the Stingray Racer.

8. “The car means so much to me and to all us of who love Corvette; and there’s a little bit of that car in every Corvette that’s been done since then” he said.

“…and as we started work on this new car, the C7, I wanted that emotion, that passion that was in that original Stingray Racer, to be a part of this car – a lot of the muscle tension that you see on this car comes from that original design.”

Lastly, Welburn reveals he has a secret studio, but not its location.

7. “Do I have a secret studio? Yes, I have a hidden studio,” he said. “And we call it Studio X… It’s a great idea because every now and then you want to work on a project in a very quiet location without the interruption… very few people know where Studio X is, including the employees that design.”

Now let’s travel to a type of event which once upon a time assured Welburn of his auto design career: auto shows.

6. “Every car designer dreams of designing a Corvette,” Welburn said. “They dream of it, but only a few of them have an opportunity to do it. And I got to tell you - You don’t want to be the designer who screws up the Corvette either.”