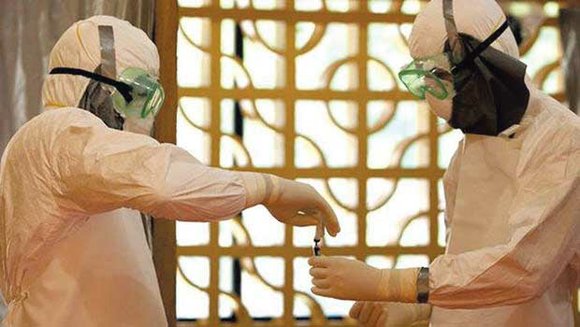 Another patient is being tested in the United States for possible Ebola exposure—this time, in California.

The unidentified patient is being isolated in a “specially equipped negative pressure room” at the Kaiser Permanente South Sacramento Medical Center.

The patient is considered “low-risk” and tests are being conducted out of “an abundance of caution,” the California Department of Public Health said. There are currently no confirmed cases of Ebola in the state, the agency said.

The Centers for Disease Control and Prevention will be testing the patient’s blood samples to determine whether the Ebola virus is present. All necessary precautions are being taken to safeguard other patients and staff, the hospital said.

No further information about the patient has been released.

Earlier this month, a patient with a high fever and gastrointestinal symptoms was admitted to Mount Sinai Hospital in New York City for Ebola testing, but tested negative.

He recently traveled to a country in West Africa where Ebola has been reported, the hospital said in a statement.

In July, two Americans, Nancy Writebol and Dr. Kent Brantly, became infected with the virus when working with Ebola patients in Liberia.

Both are currently being treated at Emory University Hospital in Atlanta.

Ebola doesn’t spread through airborne or waterborne methods. It spreads through contact with organs and bodily fluids such as blood, saliva, urine and other secretions of infected people.

There is no FDA-approved treatment for Ebola, and Emory will use what isolation unit supervisor Dr. Bruce Ribner calls “supportive care.” That means carefully tracking a patient’s symptoms, vital signs and organ function and taking measures, such as blood transfusions and dialysis, to keep patients stable.

The Ebola virus causes viral hemorrhagic fever, which refers to a group of viruses that affect multiple organ systems in the body and are often accompanied by bleeding.

Emory’s isolation unit aims to optimize care for those with highly infectious diseases and is one of four U.S. institutions capable of providing such treatment.

CNN’s Faith Karimi and Dana Ford contributed to this report.