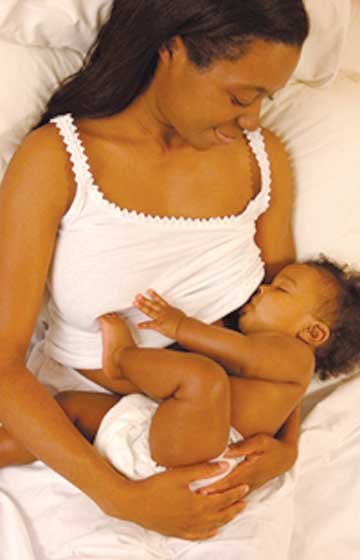 Families are invited to attend the Back-to-School & Family Health Fair in Compton this Saturday, Aug. 9.

Moms will watch as health professionals give their children dental screenings. Teens will pretend to be brave as they receive their T-dap shots--essential before entering seventh grade. Kids will compete in a hoola hoop contest. Seniors can get blood pressure and vision and hearing test and there will be a multitude of other activities and demonstrations for attendees to enjoy.

Challenges are nothing new to Cooley. In 2006, as a pregnant mother and a WIC participant, she was dealing with problems of gestational diabetes and high blood pressure. After the birth of her son Cylan, those challenges seemed minor in comparison: her baby had been born with a hernia and would need surgery. On top of that, he was having trouble “latching on,” meaning that he couldn’t suck at her breast adequately.

A hungry baby meant a crying baby. And Cylan wasn’t supposed to cry. Crying would stress his hernia.

“I tried to keep him at the breast,” Cooley said. “He cried a lot. I didn’t want him to cry, and I didn’t want to give him formula. I cried with him for about two weeks. It seemed like such a long time.”

But Martha Orozco came to her aid. As the breastfeeding peer counselor at the Compton WIC Center, Martha gave Cheryl just what she needed.

“Martha talked to me daily, “Cheryl said. “She comforted me. She reassured me that I was positioning the baby right; he just wasn’t connecting right. And one fine day he just latched on!”

Since 2011, Cheryl has been doing for other mothers what Martha did for her. Cheryl comforts and reassures pregnant and “postpartum” mothers. She shares breastfeeding and parenting information and techniques. She gives suggestions, whether the mother is breastfeeding easily or facing difficulties. She says it’s important when talking with mothers “to take the time to listen, talk about options and allow them to make their own decisions.”

During the month of August, Cheryl, her colleagues, WIC families and many others are celebrating National Breastfeeding Awareness Month, bringing extra attention to the importance of breastfeeding.

People around the country are also celebrating the 40th anniversary of WIC. This supplemental nutrition program, established by Congress and implemented by the U.S. Department of Agriculture in 1974, was aimed at improving the health of pregnant mothers, infants and children in response to growing concern over malnutrition among many poverty-stricken mothers and young children.

In the beginning stages of the program, the majority of WIC infants received formula.

“In the early 1970s, breastfeeding was beginning to regain its popularity nationwide,” Heidi Kent, executive director of South Los Angeles Health Projects, said. “By the mid 1980s, our agency and other individual WIC programs around the country had intensified their efforts to educate and support mothers to breastfeed.

“After seeing research results, the U.S. Department of Agriculture decided to elevate breastfeeding as a high priority in the WIC Program.” In 1989, according to Kent, the USDA set aside $8 million to be spent annually for breastfeeding promotion and support. Over time, this has increased. Breastfeeding is now a major focus of the WIC Program nationwide.

Kent is encouraging residents to learn about breastfeeding and WIC services at the health fair.

“Come and visit our WIC center on Saturday,” Kent said. “Meet Cheryl Cooley and our center supervisor, Reyna Flores. See how WIC can benefit your family.”