Allegations resurface on the eve of the Civil Rights Summit 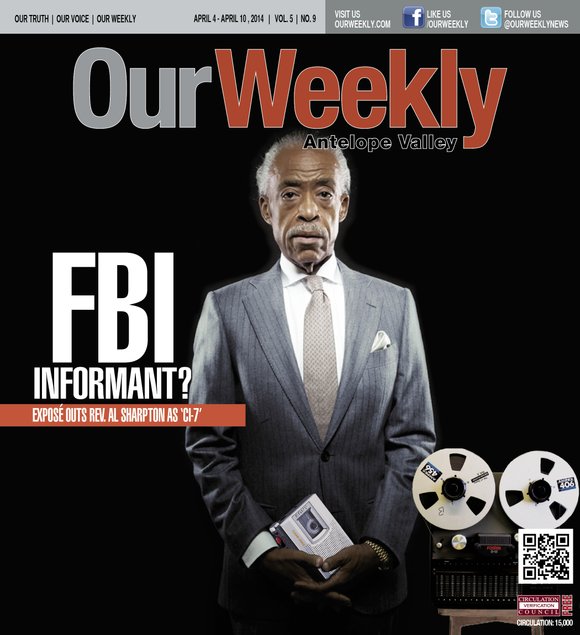 Al Sharpton has never been a stranger to controversy. Bursting on the scene as a street-level provocateur during the racially charged 1980s in his native New York City, he became a polarizing figure as he led protest marches in response to the Bernhard Goetz shootings, the Howard Beach beatings, and the murder of Yusef Hawkins. The Hawkins episode thrust the self-appointed activist the role of martyr when a Bensonhurst resident stabbed the easily recognizable Sharpton in the chest, as the overweight media figure (known for his flamboyant jogging suits and gaudy jewelry) was about to lead a demonstration through that ethnic enclave in Brooklyn. 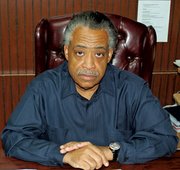 Since then, the Pentecostal minister, civil rights activist, and talk show host has been variously tagged by his detractors as an ambulance chaser, a hate monger, a race hustler, and a social opportunist. Over the years, the one-time firebrand has undergone a steady metamorphosis from street-level advocate to mainstream confidant. Trimming some 80 plus pounds from his once rotund frame, he now sports designer suits and hobnobs with the leading political figures of the day, becoming an intimate with President Barack Obama, and a regular visitor to the White House. A popular guest on many of the myriad around-the-clock news cable outlets, he has secured his own talk show PoliticsNation on primetime MSNBC, and has become, in the words of the New York Observer, “the most thoughtful voice on cable.”

When confronted on this radical makeover, and reemergence into the national spotlight during a 2011 60 Minutes profile, Sharpton told reporter Lesley Stahl that he’d merely become “a refined agitator,” still committed to his original goals, albeit presenting his point in a more palatable manner. This resulted in his becoming, in Stahl’s words “the president’s go-to Black leader.”

Now on the eve of his annual Civil Rights Summit, to be attended by no less a personage then the president himself, a 12,195 word exposé has been posted on the Time Warner affiliated website theSmokingGun.com, giving this media icon a new, appellation: FBI snitch.

To be sure, these allegations are old news. A cursory search of The New York Times archives yields an article from Jan. 21, 1988, titled “Protest Figure Reported to be a U.S. Informant.” Its author, M.A. Faber stated that the Reverend Sharpton had provided assistance to prosecutors for the Eastern District of New York in legal proceedings against various members of Italian organized crime families (also known as “The Mafia”). Citing an earlier story from Newsday, a news daily serving the Long Island area, Faber also claimed that Sharpton supplied information on boxing promoter Don King, local activist and city councilman the Rev. Wendell Foster, and Robert “Sonny” Carson, a legendary Black Nationalist, community organizer, and the subject of a classic movie from the Blaxploitation Era, 1974’s The Education of Sonny Carson.

Sharpton’s involvement included facilitating the use of electronic “wiretapping” devices to record incriminating conversations involving, among others, the infamous Genovese crime family of New York. The tapes were never directly used as evidence in an actual court case, although they were used to secure legally approved wiretaps and other investigative tools that presumably led to convictions of disreputable characters targeted by federal authorities.

All of this is documented in reams of legal records chronicling the escapades of “CI-7” (short for Confidential Informant #7, the inter-bureau moniker bestowed on Sharpton). These transcripts seem to highlight Sharpton’s value as a Confidential Informant; an asset the government regarded as beneficial, dependable, and trustworthy; a man whose well-being was essential for the maintenance of their ongoing criminal investigations.

Sharpton’s ongoing tendency of rubbing shoulders with unsavory characters is well known. One alleged FBI surveillance tape even found its way to national air play in 2002 when it was aired on HBO’s Real Sports with Bryant Gumbel. During the course of the grainy 90-minute footage, Sharpton appears to be the willing participant of a drug proposition with an undercover narcotics officer.

Dirty Hands in the Mouth

The nefarious world of undercover investigation is a nebulous environ of ambiguous identity and indefinite boundaries.

In an effort to gain a partial understanding of this, Our Weekly turned to law enforcement veteran Glenn Clark. Through his tenure as a patrolmen in the locally infamous “shootin’ Newton” Street Division, Los Angeles District Attorney’s Office, and as a Special Agent with the Federal Bureau of Investigation, he shared his memories.

Presented with the video presumably leaked by the authorities for broadcast on HBO, he offered up his opinion on the motive and rational behind the leak.

Responding to the allegations that Sharpton turned informant by choice, he pointed to the possible validity of the footage screened, saying “…if they leaked it, its true, and they will not deny it. They will sit back and let it (the leak) take its course.”

To explain this away, Clark divulged a glimpse into the psyche of the cop culture, and the training that develops this particular mindset.

“Those involved—if they are still with the agency—will wash their hands of it,” he went on.

Police subculture, like any sizable occupational environment, generates its own internal form of slang, hence the reference of contaminated hands corrupting the speech of, and reputation of a reputable officer of the law.

Police procedure involves thinking down the road to separate investigations that might be impacted by decisions made today. Following this train of thought, the appearance of truth is paramount because it is forever linked with an operative’s credibility. Thusly, an untrue statement may cast a shadow over any subsequent testimony or report that follows—even years later.

“When the agency develops a relationship with you as an informant, from my experience, they never know when you might be needed again.”

This rule of thumb had been drummed into Clark long before he ascended to the ranks of the federal level. Going back to the Sharpton drug scam, he stressed, “…why comment on it if the information circulating is the truth?”

“In investigations that involve recorded surveillance, you do not lie—because if you are caught in a lie, it will haunt you for the rest of your career.

“Attorneys will use it if you are forced to testify in court, regardless of how old the lie is—it will resurface. So why get involved? This incident has been around since the late 1980s, (so) I think the question you need to be asking is: Why recirculate it again?”

Clark confirmed he sees a connection to this ancient history and the pending National Action Network event, and President Obama’s scheduled attendance there.

“When you look at who leaked this, it wasn’t leaked—it was recirculated from news archives!”

For the sake of argument, if the allegations are true, the odds are that a person groomed to be an effective informant will likely remain one. In the case of past operations like the COINTELPRO assignments of the mid-20th century onward, participants were usually maintained for extended periods of time, provided they remained useful.

Clark continued his assessment: “If the occasion arises, you can contact that person (you’ve previously cultivated) and possibly get further assistance if they have knowledge, or live in, or have influence in an area (wherein) you are currently conducting an investigation. An agent always keeps a list of possible contacts, and will hold on to them in his data bank.”

“I can’t speak (personally) for the Sharpton investigation; I can only say that this is usually the case. If I were still active, and saw some type of intelligence value in you (referring to the interviewer’s position as a journalist), I would ask you for your card.

“Best believe, I wouldn’t discard it. If you asked why I needed it, I would tell you we have press releases we periodically send out, and I want to add you to our mailing list, but in reality you would go into my list of contacts.”

The discussion concluded by asking the seasoned lawman if anything troubled him about the Sharpton/FBI scenario, in light of his decades long familiarity with the inner workings of divulging information from disreputable individuals. He immediately underscored the mythical reputation of the American Mafia as an insular, closed off enclave resistant to outsiders, bound to an ancient code of honor, and especially its code of silence, or Omertà.

“I believe only six members have turned state’s evidence in its history—so how can an African American, who at times dressed like a “goodfella” get close enough to record them? That doesn’t make sense. Where did that level of trust come from?

“His sweat suits and gold chains when he was heavier, he looked like someone from The Sopranos.’”

Comedian and social activist, Dick Gregory, believes Al Sharpton is handling the situation the wrong way. He states, “This regurgitation of this old news was released just before the National Action Network’s event so if need be, the Republicans can tie our president up for the next two years with a congressional investigation on the issue of his close relationship with Al Sharpton,” he said. “Thesmokinggun.com was just a simple launch site for the article; the intended news source was the New York Times which picked up the story from the site.”

The Rev. Al Sharpton (center) holds a news conference with other advisers in the Tawana Brawley case in the Queens borough of New York in 1988.

Greogory believes Al Sharpton should hire a powerful attorney as opposed to handling the situation himself. “You cannot defend yourself against them (Republicans) its very unfortunate. They can kill Al Sharpton now if they wanted to and blame the mob. Since when do the mafia allow a country preacher into their inner circle? Something isn’t right.”

As with any intrigue, there are just as many facets that cast doubt upon this narrative as there is documentation that seem to substantiate these allegations.

The very traits that propelled Alfred Charles Sharpton, Jr. to the pulpit, the street soap box, and national prominence would make him an ideal stool pigeon, or rat. Charismatic, gregarious, personable, and magnetic, he has always been able to form casual relationships in the spur of the moment. This coupled with his intimate associations with high-profile “bigwigs” from the intertwined worlds of entertainment, politics, and sports would cause anyone within the realm of the justice system or law enforcement to salivate at the prospect of a career-defining conviction complete with high profile, celebrity defendants and sensational headlines.

Along with his new, svelte physique and high-brow associates, Al Sharpton is now a bestselling author, with two of his books, Go and Tell Pharaoh (1996), and The Rejected Stone (2013), in which he candidly recalls his precarious position as a middleman for law enforcement, bona-fide members of crime families, and individuals in that netherworld of informal acquaintances, mob associates, and gang affiliates that comprise the ecosystem of the underworld.

Alternatively, championed as a standard barer for the poor and marginalized, and denigrated as a principle cause for increased friction in a racially divisive society, Sharpton will, most likely, remain a fixture in public life for the foreseeable future, a position from which he will positively or negatively wield considerable influence.