Dr. Drew: I am a cancer survivor 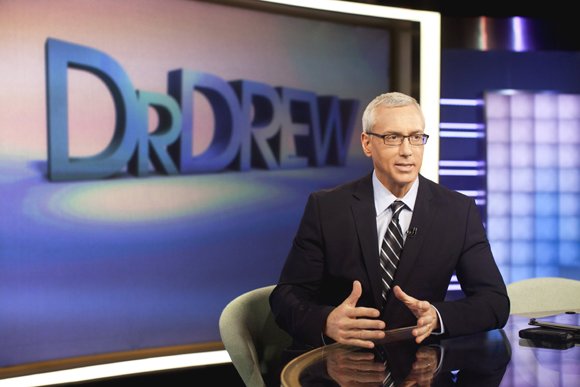 While many of you were celebrating the Fourth of July, I was at home on my couch recovering from a radical robotic prostatectomy. Four hours of surgery had left me in great pain, without an appetite, and in need of help from my college-age son, Jordan, to get up and lie down. But I was cancer-free for the first time in at least two years.

Prostate cancer is a stealth disease. It rarely announces its presence. It can simmer for a long time without coming to a boil. A low-grade tumor can remain just that, for a very long time.

And so it went with me. I’d been sick here and there. But overall, I’d felt great. In 2011 my wife, Susan, begged me to go to the doctor for a check-up. I was dismissive. I’m a doctor! I didn’t see the point in going to another internist for a physical. But I went. Blood was drawn. Part of the routine work-up for a male in his 50s includes the prostate specific antigen (PSA) test. The test is controversial. It has limitations that I knew well and my physician acknowledged. There’s no prescribed course of action for a level that rises. A “four” may mean something. It may mean nothing. In my case, the “four” had gone up from a “one.” This was still in the “normal” range. I had microscopic amounts of blood in my urine. But my urologist didn’t see a need — yet — to sound the alarm. Neither did I. At this point, there was nothing to worry about.

An ultrasound revealed that the central lobe of my prostate was bigger than it should have been. Did that mean anything? If so, what? By that point, I was incredulous. We were making too much of this. Even though my father and uncle had had prostate cancer, there was no evidence that I had cancer.

The prostate is an “immune” gland, about the size of a kiwi, situated deep in the pelvis below the bladder. It lubricates the urethra and produces seminal fluid. Men can live without the prostate.

What my doctor diagnosed was prostatitis; inflammation of the prostate. It’s usually caused by a bacterial infection. Sometimes there’s no apparent cause at all. What prompted him to question what was going on inside me were my PSA levels. They remained elevated since that first test. Something told him to look further.

Let me tell you something about doctors. What you want from them is judgment and intuition. It was these two factors that had my physician ordering a biopsy. I went along, reluctantly. It was awful. They don’t put you under. They take a prostate tissue sample through the anus. What they discovered was a low-grade tumor. What I discovered is that my own intuition and judgment were telling me that I had nothing to fear. But I had prostate cancer, for sure.

I was pleased my doctor didn’t want to rush into surgery. I certainly didn’t want to. I wasn’t in denial. My years of training and experience had taught me not to panic about prostate issues. Research shows 30% of low-grade prostate tumors get worse during a 10-year span, 30% get better, and 30% stay the same.