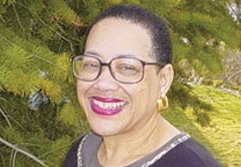 The strongest support for financial regulation rests with consumers of color. Among African Americans, these findings show the CFPB is viewed as protection from dangerous financial products and its cop-on-the-beat monitoring by 72 percent. Among Latino respondents, this same support was found with 78 percent of respondents.

Considering that communities of color have lost the most financial ground during the greatest recession since that of the 1930s, racial variations in responding to the poll are understandable. African Americans are also the same consumers who heavily invested more in their homes than in stocks or bonds to chart a personal course to build family wealth. According to research by the Center for Responsible Lending, $1 trillion of lost wealth from the recession was borne by people of color.

It is equally true that communities of color are also the unfortunate targets of predatory lenders offering a range of high-cost products that often leave consumers in worse financial shape than before. Perhaps that truism explains why poll respondents named payday loans, credit cards and student loans as the top three areas in need of tougher regulations.

Payday lending’s small-dollar loans with high interest rates were viewed as their best option for a loan by only one percent of respondents. This unfavorable finding was also evidenced across all demographics. For example, respondents with household incomes in excess of $75,000 had the highest unfavorable rating at 82 percent, followed by 75 percent of Republicans. Even 72 percent of households earning less than $30,000 view these lenders unfavorably, despite these consumers tending to be more likely to use payday loans. Negative views of payday lenders were held by 68 percent of African Americans surveyed and 59 percent of Latinos.

Although many respondents were unaware of specific provisions of the Credit Card Act, better than 90 percent supported three of its key requirements:

As for student loans, nearly 90 percent of respondents felt borrowers should be able to repay their loans based on their incomes. Student loan debt was also cited as a cause for the nation’s lingering economic problems. Consumers viewed this indebtedness as reasons affecting the growth of new businesses as well as a deterrent to first-time home ownership.

The survey by Lake Research Partners was supported by the Ford Foundation and commissioned by Americans for Financial Reform and the Center for Responsible Lending.

More importantly, however, this recent survey found that broad and intense support exists for more and tougher regulation of the financial industry. Voters view regulation as the best protection against lingering and wide mistrust of banks and Wall Street.

If you share the sentiments of survey participants, be sure to tell your members of Congress. Constituent voices, added to efforts of mobilized advocates can together provide enough pressure to ensure that real financial reforms continue.

Charlene Crowell is a communications manager with the Center for Responsible Lending. She can be reached at Charlene.crowell@responsiblelending.org.