Naomi Campbell, Iman call for an end to runway racism 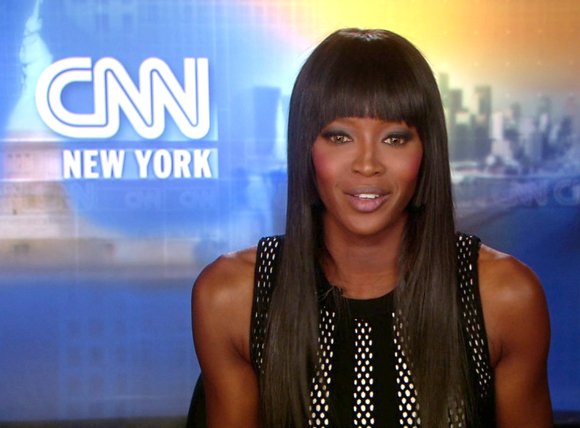 The lack of racial diversity in the fashion industry is a serious issue that needs to be tackled, according to supermodels Naomi Campbell and Iman, who this month launched a campaign to raise awareness of racism in the industry.

The girls strutting down the runway in The Savoy Hotel share many features — all are long-limbed, fine-boned and have glowing complexions. A silent army marching to the heavy music, past the front row A-listers peering out from behind their dark glasses.

But one girl is different: the only one with Black skin in a battalion of White faces. Nadja is one of the few Black models lucky enough to make this year’s cut for London Fashion Week.

The lack of racial diversity in the fashion industry is a serious issue that needs to be tackled, according to supermodels Naomi Campbell and Iman, who this month launched a campaign to raise awareness of racism in the industry.

“The absence of people of color on the runways and photography reinforces to our young girls that they’re not beautiful enough, that they’re not acceptable enough,” said Iman, model and wife of David Bowie, to CNN.

Campbell and Iman, in a campaign spearheaded by former model agent Bethann Hardison, have written to the major fashion councils of New York, London, Milan and Paris calling for an end to racism.

The “Diversity Coalition,” as the trio has named itself, identifies the fashion houses which “consistently use one or no models of color” in their runway shows — including Marc Jacobs, Victoria Beckham, Calvin Klein, Donna Karan and Rodarte. “No matter the intention,” their letter says, “the result is racism.”

CNN reached out to each of those companies for comment, but has received no response.

Campbell says the situation for Black models has become worse — not better — since her debut.

“When I started modeling in ‘86 there was Asians, Blacks, Whites, Indians, Chinese. It was very diverse,” Campbell told CNN. “It’s not like that today. It’s heart-breaking to me that we’re in 2013 and we’re sitting here talking about this. But it has to be done and people need to know.”

The numbers speak for themselves.

At New York Fashion week in February, only 6% of designs were shown on Black models, according to statistics compiled by blog Jezebel. The vast majority of runway spots (82.7%) went to white models, with a growing proportion of Asian girls (9.1%).

“I think clients have this perception that Black girls do not sell products, which goes way back to the 50’s. I think it’s engrained in every magazine editor. There are more products for blonde and blue-eyed girls. Everything is geared to that.”

White has only 13 Black models on her books, out of the 300 or so girls she manages. She says the bar is set much higher for Black models and they have to be flawless to get booked, so she cannot afford to take them on.