Barry White gets a star

Decade after his death, singer given a place on the Hollywood Walk of Fame 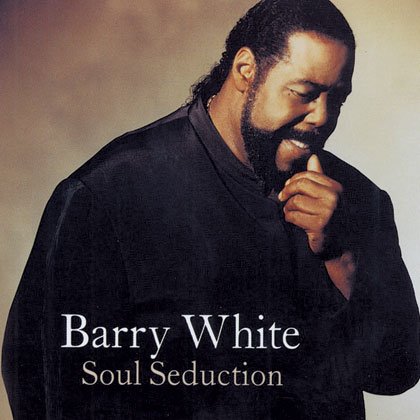 The Hollywood Walk of Fame will award the late Barry White the 2,506th star on the walk during a ceremony today beginning at 11:30 a.m. at 6914 Hollywood Blvd.

White’s widow, Glodean, will accept the star, and Motown founder Berry Gordy will be a guest speaker.

“People can’t get enough of Barry White’s music, and even though he passed away many years ago, his songs will live on in the hearts of many,” stated Ana Martinez, producer of the Walk of Fame ceremonies. “We are honored to have Barry White, his legendary voice and timeless songs immortalized on the Walk of Fame.”

He grew up listening to his mother’s classical music collection, and first took to the piano emulating what he heard on the records. His introduction to music led to him playing piano on Jesse Belvin’s 1956 hit single, “Goodnight My Love” at age 11.

A two time Grammy Award-winner known for his rich voice and romantic image, White’s greatest success came in the 1970s as a solo singer and with his Love Unlimited Orchestra, crafting many enduring hit Soul, Funk, Pop and Disco songs—one of which is the world-renown classic “Love’s Theme.” Worldwide, White had many gold and platinum albums and singles, with combined sales of more than 100 million.

“I’ve Got So Much to Give,” his self-produced debut album was released in 1973 on the 20th Century label. The album was an immediate success, becoming the first of four consecutive White albums to top the R&B and Pop charts. It included the title track and his first solo chart hit, “I’m Gonna Love You Just a Little More Baby,” which also rose to No. 1 on the Billboard R&B charts as well as No. 3 on the Billboard Pop charts in 1973.

In 1972 White created The Love Unlimited Orchestra, a 40-piece orchestral group to be used originally as a backing band for the girl-group Love Unlimited. However, White had other plans, and in 1974 he released an album of their music titled “Rhapsody in White,” yielding the now-timeless composition “Love’s Theme,” which hit No. 1 on the Billboard Pop charts. White was the only artist to have a No. 1 instrumental single and two No. 1 vocal hit singles (“Can’t Get Enough of Your Love, Babe” and “You’re the First, the Last, My Everything”) on the charts in the same year.

Beyond music White, made several appearances on the “Ally McBeal” television show as the alter ego of one of the show’s characters. His voice and character was featured in “The Simpsons,” and the Sesame Street Cookie Monster once portrayed himself as Barry White with the “Crumbs Unlimited Orchestra.”

White died of heart and kidney failure in 2003.