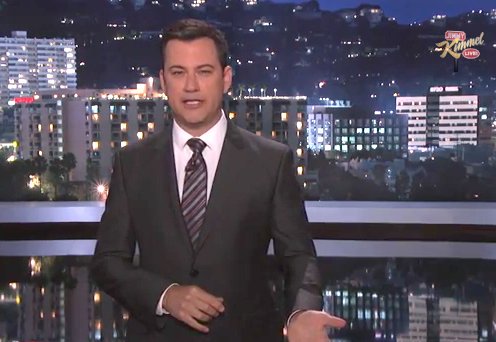 Ok, people, let's say it all together again: If it looks too good to be true, it probably is.

That video of an eagle swooping down to pick up a baby? Fake!

That eHarmony bio of a woman sobbing hysterically about how much she just LOVES cats? Fake!

And, as if you needed more proof, there's this now: the worst twerk fail EVER was actually an awesome staged fail!

You have to have seen the video. It got more than 9 million views in less than a week.

It starts off normal: A girl twerking in a cozy living room, her back turned to us.

Then she gets creative. After all, she notes, it was meant for her boyfriend.

She props herself upside down against a door and puts on some pretty impressive moves.

But in walks her roommate through the door. The girl crashes into a coffee table. The lit candles on said table lights her pants on fire. She screams. We laugh.

Monday night, talk show host Jimmy Kimmel had the girl on his show where the pair offered up the big reveal — the rest of the video.

As the girl is screaming, Kimmel, wearing an identical pink T-shirt, rushes in, fire extinguisher in hand. He puts out the fire, then flashes a thumbs up at the camera.

The girl's real name is not Caitlin Heller, but rather Daphne Avalon. She's a stuntwoman.

The video was shot two months ago, Kimmel said. The show didn't post it on its YouTube page or tweet it out. It just "let the magic happen," he said.

And boy, did it work!

Kimmel then showed a montage of the dozens of shows that aired the video, including CNN's "Erin Burnett OutFront."

The video also appeared on CNN.com.

He said he hoped the video would stop twerking forever.