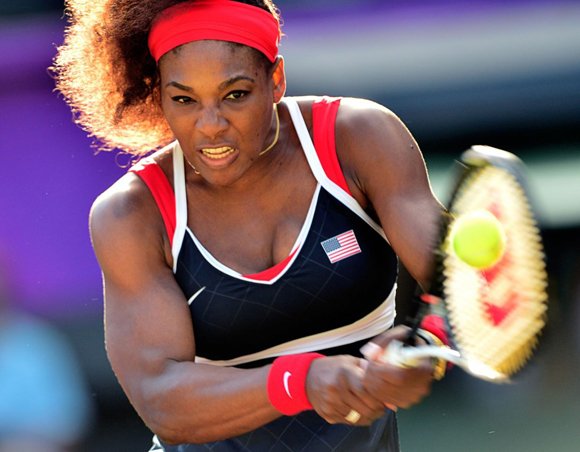 World No. 1 Serena Williams will play second-ranked Victoria Azarenka in a rematch of last year’s U.S. Open final on Sunday as she attempts to become the oldest winner of the New York grand slam.

The American blew away the hopes of Li Na, who had been hoping to become the first Chinese player to contest the title match of the hard-court event, as she triumphed 6-0 6-3 in Friday’s second semifinal.

The defending champion, who turns 32 at the end of this month, made a blistering start against Li but the fifth seed battled back in the second set — Williams required seven match-points to reach her seventh U.S. Open final.

“I got a little nervous there at the end but I was able to close it out,” Williams told the crowd.

“I’m excited to be in another final. We always have really good matches.

“Vika’s a great player and she lifts her game when it counts. I think that’s what makes the difference.”

Williams has lost just four times this year — two of those to Azarenka — and dropped only 16 games in 12 sets on the way to the final.

The Belorussian was largely untroubled in reaching her fourth grand slam final, beating Italian underdog Flavia Pennetta 6-4 6-2 in a match marred by service struggles for both players.

Pennetta, ranked 83rd in the world, was playing in her first major semifinal but had a 1-1 record against Azarenka.

“It’s been a long road to the final and it’s an amazing feeling to come out here and fight for that trophy on Sunday — I’m definitely giving myself the best chance for my dreams here,” said the two-time Australian Open winner, who has a 12-3 losing record against Williams.

“Today was a great match, a lot of emotions. I think the turning point was when I finally held my serve and won the first set. I stayed tough and played really well on return games and on important moments.

“Flavia’s such a great fighter, getting to every ball, so I really had to keep my focus in the match.”