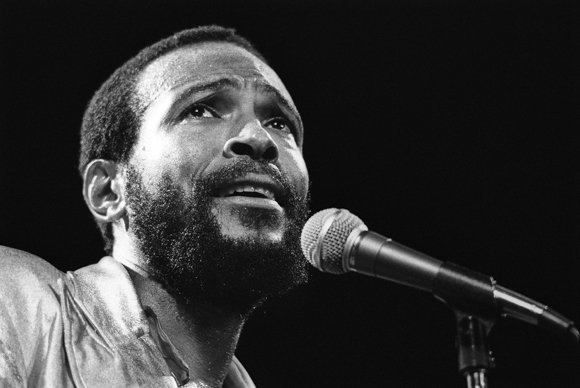 Two of Marvin Gaye’s children sued Robin Thicke and his musical partners today over the hit “Blurred Lines,” contending they plagiarized one of their late father’s songs, and a music company should have stopped the alleged copyright infringement.

Nona Gaye and Frankie Christian Gaye’s lawsuit is the second filed since August over Thicke’s global hit, which allegedly bears similarities to Marvin Gaye’s “Got to Give It Up.”

The suit, filed in federal court in Los Angeles, also accuses Thicke of lifting from Marvin Gaye’s “After the Dance” for the title track of his 2011 album “Love After War.”

In the filing, the Gaye family also sued EMI, which administers the copyrights for Marvin Gaye’s music. The family argued that EMI should have taken action over the supposed similarities in “Blurred Lines,” but has a conflict of interest because it is also Thicke collaborator Pharrell Williams’ publisher.

In August, Thicke and musical partners Williams and T.I. took preemptive action by asking a judge to rule that “Blurred Lines” is wholly original and owes nothing to non-original material.

The complaint for declaratory relief proactively hit back against claims that the Gaye family and Bridgeport Music threatened legal action unless a monetary settlement was reached.

According to the Thicke filing, “there are no similarities between plaintiffs’ composition and those the claimants allege they own, other than commonplace musical elements. Plaintiffs created a hit and did it without copying anyone else’s composition.”

The basis of the Gaye claim is that “Blurred Lines” appears to “feel” or “sound” like “Got to Give It Up.”

Produced by Williams, who also contributes guest vocals, “Blurred Lines” is sung by Thicke with a cameo from rapper T.I. All three men share writing credits.

“Being reminiscent of a ‘sound’ is not copyright infringement,” lawyers for the musicians state in court papers. “The intent in producing ‘Blurred Lines’ was to evoke an era. ... The reality is that the songs themselves are starkly different.”

In interviews with GQ and Billboard magazines, Thicke said “Got to Give It Up” was one of his favorite songs and wanted to “make something like that, something with that groove,” TMZ reported.