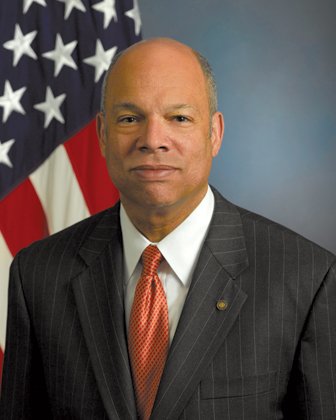 He must be confirmed by the Senate.

Johnson, who is the grandson of noted sociologist and Fisk University president Dr. Charles S. Johnson, would replace former Secretary Janet Napolitano, who left the Cabinet post earlier this year.

According to his bio on the website of the law firm Paul, Weiss, Rifkind, Wharton & Garrison LLP, Jeh Charles Johnson’s career has been a mixture of successful private law practice and distinguished public service.

In private practice, Johnson is a nationally recognized trial lawyer, having personally tried some of the highest stakes commercial cases of recent years. At age 47, he was elected a fellow in the American College of Trial Lawyers.

In his three years as a federal prosecutor, Johnson tried 12 jury cases and argued 11 appeals before the Second Circuit.

At DOD, Johnson was the senior lawyer for the largest government agency in the world, and was responsible for the legal work of more than 10,000 military and civilian lawyers.

Johnson is a member of the Council on Foreign Relations, and has also held the position of director, trustee or governor at a number of prominent organizations, including Adelphi University, the Federal Bar Council, the Franklin and Eleanor Roosevelt Institute, the National Institute of Military Justice, the Fund for Modern Courts, the New York Community Trust, the Legal Aid Society, the Delta Sigma Theta Research and Education Fund, the Vera Institute, the Lawyers’ Committee for Civil Rights Under Law, the New York Hall of Science, the Film Society of Lincoln Center and the New York City Bar Fund Inc.

In 1995-97, he was an adjunct lecturer in trial practice at Columbia Law School.

CNN contributed to this story.