Both are due back in court Nov. 7 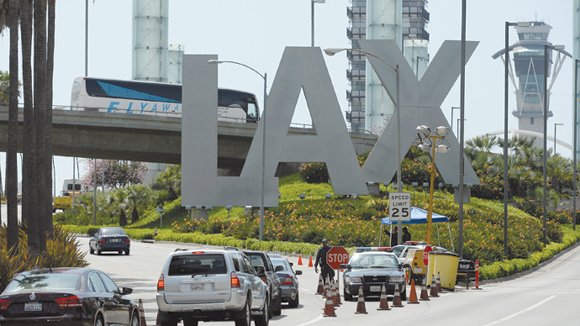 Bennett and Iniguez are due back at the Airport Branch Courthouse in Los Angeles Nov. 7, when a date is scheduled to be set for a hearing to determine if there is enough evidence to require the two to stand trial. Bennett, 28, of Paramount, is charged with two felony counts of possession of a destructive device in a public place, while his supervisor, Miguel Angel Iniguez, 41, of Inglewood, is charged with one felony count of possession of a destructive device near an airplane.

Bennett, who worked as a ramp supervisor, allegedly placed two dry ice bombs near LAX terminals on Oct. 13. One exploded in an employee restroom in Terminal 2. The second, which didn’t detonate, was placed outside the Tom Bradley International Terminal.

Airport operations were disrupted, but no one was injured.

Police alleged Bennett planted the devices as a prank and because he was curious to see what would happen.

Iniguez allegedly made a third explosive device that detonated outside the Tom Bradley terminal but caused no injuries.

The two worked for Servisair, an airport service company that provides a variety of ground services, including aircraft cleaning and cargo handling.