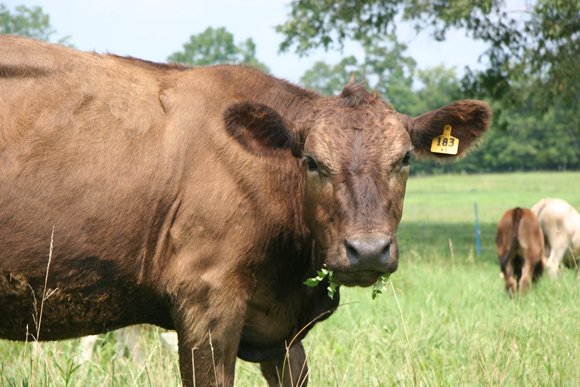 Up to 30,000 people in Britain may be silent carriers of the human form of mad cow disease, according to new research published Tuesday.

Variant Creutzfeldt-Jakob Disease (vCJD) is the human form of the fatal brain-wasting disease found in cows called bovine spongiform encephalopathy (BSE) — better known as mad cow disease. So far there have only been 177 confirmed human cases in the United Kingdom, according to the study. Forty-nine more cases have been reported in 11 other countries, according to the World Health Organization.

Previous research suggested maybe 1 in 4,000 people living in Britain were carrying the protein that causes vCJD, says Dr. Sebastian Brandner, one of the study authors and head of the Division of Neuropathology at Queen Square, one of the largest academic neuropathology departments in the UK. But that estimate was made using a smaller sample, says Brandner.

This new study, published Tuesday in the medical journal BMJ, was much larger. Researchers studied appendix samples from 32,441 people and found 16 that tested positive for vCJD. Given that population of the United Kingdom is a little over 60 million, Brandner says that means about 1 in 2,000 people—or roughly 30,000 people total — have this potentially lethal prion.

Brandner says the peak of mad cow disease was in 1992, and the peak of the human form of mad cow disease occurred in 2000. This suggests there is an 8-year incubation period for the disease. However, his research has revealed that there are at least three different forms of the prion protein linked to vCJD, which might explain why more people haven’t become sick with the disease — yet.

“These people may harbor that Brandner says there’s one definite concern: that these silent carriers may be potentially transmitting the disease.

There is no blood test to detect vCJD, so someone could unknowingly pass the prion protein on to others when they give blood, and prions are not destroyed by standard sterilization methods usually used for surgical instruments — only harsher, stronger sterilization procedures will kill them.

The average age of death for vCJD is about 28 months, according to the CDC, which is one way it distinguishes itself from classic Creutzfeldt-Jacob Disease; classic CJD emerged more than a century ago and affects older people. The average age for this disease, which is not linked to the consumption of meat from cattle with BSE, is 68.

In an accompanying editorial in the journal, Roland Salmon, a retired consultant epidemiologist, argues that vCJD is not yesterday’s news because there are many questions that still need to be answered. He notes that blood tests that could be used widely for screening and diagnosing vCJD are still elusive. He also suggests that the number of precautions taken to secure the blood supply to prevent transmission (which can be costly) needs to continue, because even though there have been only 171 cases of vCJD in the UK, this new research confirms that there could be more cases in the futures.

Salmon also points out that the UK has been leading in the field of prion research in animal and human diseases. Since more research is needed, “further disinvestment.