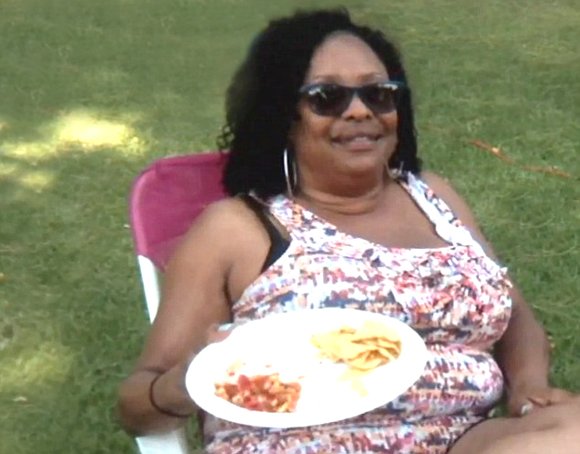 LONG BEACH, Calif. — Grief counselors were expected today at a Long Beach elementary school following the stabbing death of a teacher in a park where she was supervising students.

The crime occurred about 1:30 p.m. Friday in Orizaba Park at Spaulding Street and Orizaba Avenue, said Long Beach police Sgt. Aaron Eaton. Kellye Taylor, 53, of Long Beach was stabbed in her upper body and died at a hospital, Eaton said.

Shortly after the stabbing, Steven Brown, 50, of Long Beach was arrested at the intersection of Anaheim Street and Redondo Avenue, a few blocks from the private Huntington Academy, Eaton said. He was booked on suspicion of murder and remains in custody in lieu of $1 million bail.

It was not immediately clear when he would appear in court.

According to the Los Angeles Times, Taylor was the grandmother of Brown’s four children and had custody of them.

Investigators learned Brown allegedly walked up behind Taylor and stabbed her before fleeing, Eaton said. A weapon was recovered somewhere between the park and the location where Brown was taken into custody, Eaton said.

The woman was stabbed in the neck, her sister, Pamela Huffman, told the Press-Telegram.

Some of the children ran to the school and reported the stabbing to Huffman, whose family owns and operates the academy, the Press-Telegram reported.

“How could they do something like this in front of these babies,” Huffman told the newspaper. “All I could do was run to her. I saw her slip away. I knew she wasn’t going to make it.”

When the attack happened, other teachers took students back to the school while one remained to provide first aid to Taylor, Eaton said.

Counselors will be at the school today to help students and staff, Huffman told the Press-Telegram.