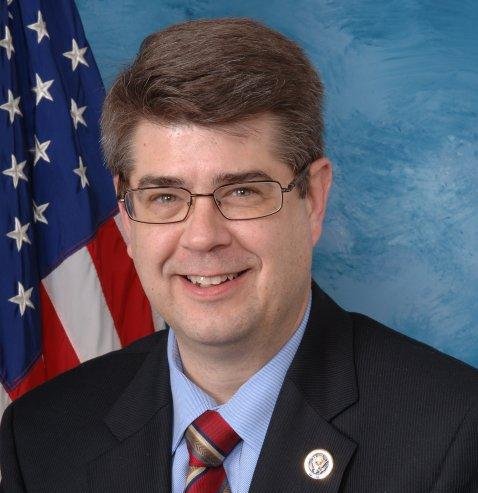 While some members of Congress are foregoing pay as long as other government workers are shut out of their offices, Republican Congressman Lee Terry (R-Neb.) says he won’t be giving his up. He told his hometown paper that he had to pay for his “nice house” and that he also had a “kid in college.” I guess he needs his pay more than the others who also have nice homes and college tuitions to pay for.

The gall of these do-nothing Republicans is amazing. If I had my way, none of them; no Democrat, no Republican, no president, and no Supreme Court Justice would be able to collect a penny.

Lest they forget, they are government workers just like the clerical worker or statistician who earns a government check.

While Republicans bear primary responsibility for the stalemate, if the collective had to suffer, there might be a way to get Congress moving.

Congress did the right thing in saying that federal workers will get retroactive pay when a budget or continuing resolution is passed, but that won’t help the folks who live from paycheck to paycheck when nothing is coming in. Perhaps if Congressman Terry was paid retroactively and only after this mess were settled; perhaps if he had to miss a payment on his nice house, and seek a Parent Plus loan for his child’s college tuition, then he might take a less flippant view toward those whose survival he holds in his hands.

With House Speaker John Boehner tying debt ceiling talks to budget talks, there is little incentive to fix this mess before Oct. 17—the debt-ceiling deadline.

Even if an agreement comes before Oct. 17, people won’t get paid until government gets back up and running. Some paychecks may be delayed as long as a week, but I don’t think that a credit card payment, rent, or a mortgage bill can be delayed.

As this Congress continues ego-tripping, too many people are being tripped up by their economic circumstances, which have not been helped by mandatory furloughs that some have already taken this year.

It is interesting, though, to ponder the congressional meaning of “essential” services. Almost half of the 800,000 government workers who have been locked out of their workplaces work for the Department of Defense. Because they support the military, they will be allowed to come back to work, because the military is “essential.” I don’t think it takes 350,000 people to support the military. I think this is a ploy to show the importance of the military as opposed to the rest of government service. The “starve the beast” crowd, who would eliminate most of government, is undoubtedly delighted at the illustration that the world will not come falling down if government stops working.

Why is feeding people less essential than protecting them? I’m not suggesting that the military is expendable (although, frankly, at least part of it should be). I’m simply suggesting that it is as essential to protect people from hunger, as it is to protect them from other threats, real or perceived. And bringing 350,000 Defense Department workers back suggests that they are more important than their colleagues, the other federal employees who are still locked out.

Our Congress simply doesn’t know (and hasn’t tried to know) how the other 99 percent live. California Republican Darrell Issa is worth $355 million. I guess he would not know what it feels like to miss a mortgage payment. Neither would Texas Republican Michael McCaul, who is worth at least $100 million, not including his wife’s worth.

This is not “class envy” just an observation. Many members of Congress are independently wealthy, and they earn at least $174,000 for their “service” to the nation, along with a series of perks worth thousands more. The average household has an income of about $51,000. Congressional representatives like Lee Terry say they have “earned” their salaries and won’t give them back because they have nice homes and children in college. That speaks volumes about their contempt for fellow government workers who have obligations they can’t meet thanks to our do-nothing Congress.

Julianne Malveaux is a D.C.-based economist and writer and president emerita of Bennett College for Women.