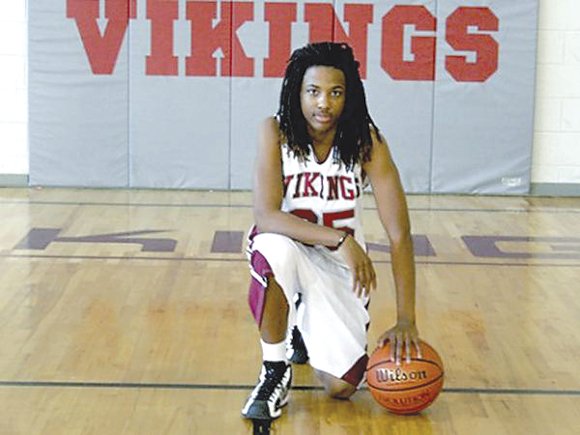 For the local sheriff’s department, the death of 17-year-old Kendrick Johnson is a closed book: A tragedy, but an accident.

State medical examiners concluded that Johnson suffocated in January after getting stuck in a rolled-up gym mat while reaching for a sneaker. That’s a finding his family has never accepted, and one challenged by the findings of a second autopsy they commissioned.

Now, death-scene imagery obtained exclusively by CNN has led a former FBI agent to question how the three-sport athlete died.

“I don’t believe this was an accident. I think this young man met with foul play,” said Harold Copus, now an Atlanta private investigator.

“They know something happened in that gym, and they don’t want it to come out,” he said.

A 15-minute video and nearly 700 photos taken by sheriff’s investigators in Lowndes County documented the horrific scene. Johnson’s body, clad in jeans and and layered orange and white T-shirts, was found wedged into a rolled-up wrestling mat in January. His face was bloated with pooled blood, some of which had poured out of his body, soaking his dreadlocks and spilling onto the floor.

There were more streaks of blood on a nearby wall—but it wasn’t Johnson’s, according to investigators. Meanwhile, Copus said there appeared to be no blood on a sneaker that the teen supposedly was attempting to reach, located inches beneath him.

A pair of orange-and-black gym shoes found a few yards from the body had a substance that looked like blood on them, but investigators told CNN the stains weren’t blood—and so the shoes weren’t collected as potential evidence. The same went for a hooded sweatshirt found a few feet away from the teen.

“If you’re running a crime scene, then you’re going to say ‘That’s potential evidence. Obviously, we’re going to check this out and find out who does it belong to,’” Copus said.

Lowndes County Sheriff Chris Prine refused to discuss the case with CNN, saying, “Our case is closed.” But in June, an independent pathologist who conducted a second autopsy for the Johnson family found the teen suffered a blow to the right side of his neck that was “consistent with inflicted injury.”

In May, sheriff’s Lt. Stryde Jones told CNN that investigators tested the bloodstains on the nearby wall, “and it was not the blood of Kendrick Johnson.” Investigators haven’t determined whose blood it was, “but it doesn’t appear to be involved in our crime in any way,” he said.

“In the opinion of our crime scene personnel, after looking at it closely, the blood appeared as if it’d been there for an extended period of time. It didn’t appear to be very fresh,” Jones said.

But Copus said it’s difficult to believe that old bloodstains weren’t cleaned up.