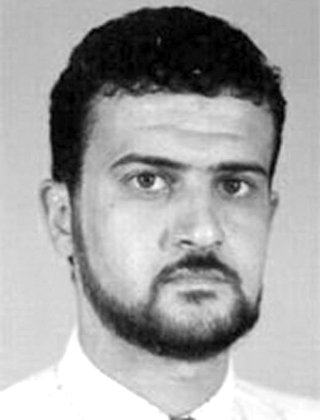 U.S. Navy SEAL Team Six pulled out during a raid in Somalia to capture suspected Al-Shabaab leader Ikrima when it became clear that he couldn’t be taken alive, a senior U.S. official told CNN.

“Their mission was to capture him. Once it became clear we were not going to able to take him, the Navy commander made the decision to withdraw,” said the official, who has direct knowledge of the entire Somalia operation but declined to be identified publicly.

The official said the SEALs faced heavy opposition and an intense firefight broke out, leading to the withdrawal.

The mission’s aim — to capture Ikrima — is the reason the team went in rather than using a drone to attack the heavily guarded seaside villa, the official said.

“We accepted it; we welcomed it. We are welcoming more if this will help us ... get rid of al Qaeda and Al-Shabaab,” said Adam, who is also the country’s foreign minister.

A Pentagon spokesman said Monday that the United States will continue to work with Somalia’s government to confront Al-Shabaab.

“While the operation did not result in Ikrima’s capture, U.S. military personnel conducted the operation with unparalleled precision and demonstrated that the United States can put direct pressure on Al-Shabaab leadership at any time of our choosing,” said Pentagon spokesman George Little, who described Ikrima as a top Al-Shabaab commander.

It was one of two U.S. military operations in Africa over the weekend targeting what officials called high-value terrorism suspects.

In the other raid, members of the elite U.S. Army Delta Force captured Abu Anas al Libi, an al Qaeda operative wanted for his alleged role in the deadly 1998 bombings of two U.S. embassies in Africa.

The special forces took al Libi to a U.S. Navy warship after his capture, a U.S. official said.

The Pentagon said the U.S. military was holding al Libi in a “secure location” outside Libya. There, a team of officials from the FBI, the CIA and other intelligence agencies are grilling him for intelligence on al Qaeda.

His next stop could be the United States, where authorities have long wanted al Libi to stand trial in an American court for his alleged role in the embassy bombings in Kenya and Tanzania that left over 200 dead and thousands wounded.

The Libyan interim government called the U.S. capture a kidnapping and wants an explanation from Washington, the country’s state news agency reported Sunday. There’s no extradition treaty between Libya and the United States.

U.S. Secretary of State John Kerry disputes that. He described al Libi as a key al Qaeda figure who is a “legal and an appropriate target.”

Kerry said Monday that al Libi “will now have an opportunity to defend himself and to be appropriately brought to justice in a court of law.”

A federal grand jury in New York has already indicted al Libi for the embassy attacks.

But trying terrorism suspects on American soil has been a controversial topic in the past.

In 2009, Attorney General Eric Holder said five Guantanamo Bay detainees with alleged ties to the 9/11 attacks would be transferred to New York for trial in civilian court. Later Holder reversed course, announcing that accused 9/11 mastermind Khalid Sheikh Mohammed and others would be tried in a military commission at Guantanamo instead.

Concern grows over terrorism in region

The weekend attacks come as concern over terrorism in the region is on the rise after last month’s deadly shopping mall attack in Kenya’s capital.

Al-Shabaab claimed responsibility for the attack, which left at least 67 people dead.

A U.S. official said Monday that the U.S. government is concerned about the al Qaeda-linked militant group’s growing focus on external operations — including the possibility of striking U.S. interests in the region.

The Somalia operation was planned before the mall attack, the official said.